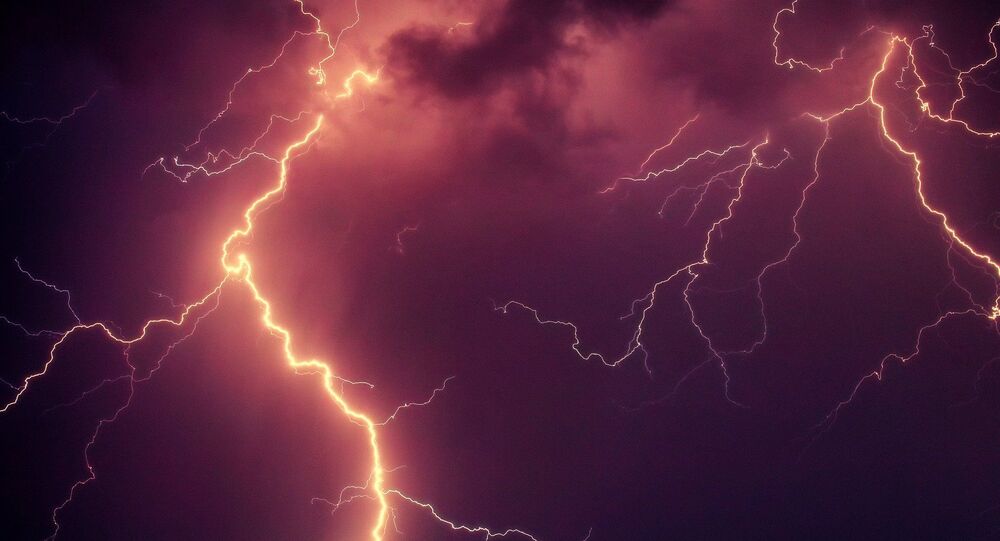 The research team said that “several phenomena work in tandem” to break down grass grains into smaller particles which appear to be the main culprit behind such asthma attacks.

A team of scientists has attempted to better understand the mechanics of so called “thunderstorm asthma,” i.e. asthma attacks triggered by environmental conditions brought on by a thunderstorm.

According to Live Science, the new study suggests that "a combination of lightning strikes, wind gusts, low humidity, and popping pollen grains" might be responsible for these asthma attacks.

Kathryn Emmerson, senior research scientist at Australia's Commonwealth Scientific and Industrial Research Organisation (CSIRO) and lead author of the study, explained that some 22 accounts of the phenomena in question have appeared in medical literature since 1983 when the first thunderstorm asthma event was recorded.

Ten of the aforementioned events occurred in Australia, with probably the most severe thunderstorm asthma outbreak taking place in the vicinity of Melbourne in November 2016.

"The event occurred at the peak of the hayfever season, and most patients were suffering with an allergic response in their airways," Emmerson remarked.

The weather conditions that occurred during said event apparently led to rye grass pollen grains – which the media outlet names “main culprit behind the outbreak” and which are normally "too large to reach the deep lungs" – being broken down into smaller particles and thus triggering asthma attack symptoms  "in a large number of people."

While the researchers sought to develop a forecast system that could predict future storms, Emmerson explained that they’ve "found that conditions of high humidity, a measure of how much water is in the atmosphere, occurred almost every evening — not what you want from a warning system predicting a relatively rare event."

The team managed to establish that “several phenomena work in tandem to smash the grains to bits, namely, strong winds, lightning strikes and the build-up and discharge of static electricity brought on by low humidity,” as the media outlet puts it.

The researchers also noted that "the lightning method was the only mechanism to generate a pattern in [sub-pollen particles] following the path of the storm."

Emmerson pointed out, however, that "none of the tested processes completely satisfied our requirements for a warning system."

"We haven't fully cracked the code on the triggers of thunderstorm asthma yet," she added.