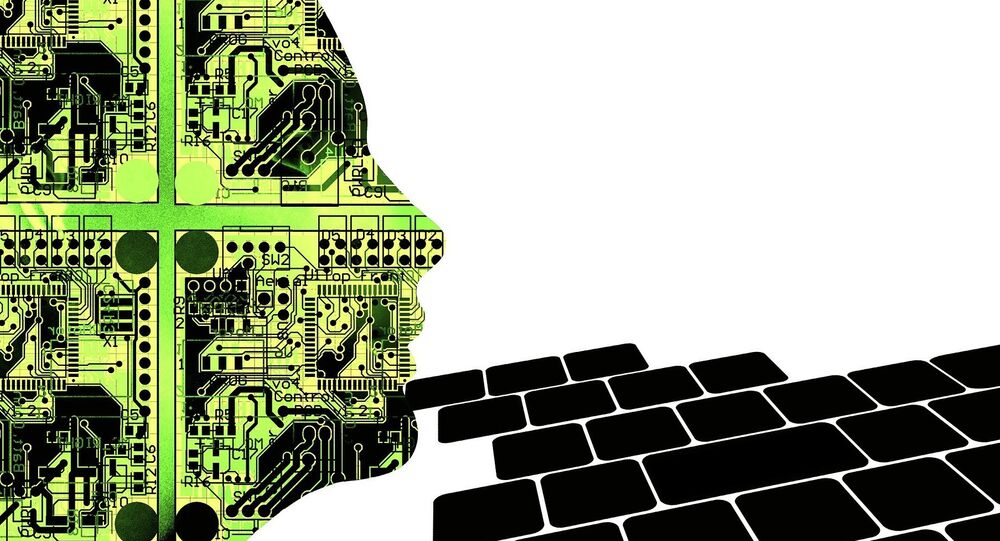 Amid the ongoing COVID-19 outbreak and ensuing lockdowns, people isolated in their homes for months on end are increasingly turning to social media to source news and maintain connections. However, experts warn that the platforms are also increasingly being used to share health-related misinformation.

A new Artificial Intelligence (AI) tool has been tested by a team of scientists from the Los Alamos National Laboratory in an effort to crack down on health-related misinformation online.

Tasked with identifying COVID-19 related conspiracy theories on social media spawned amid the ongoing pandemic, the machine learning tool can also predict how the schemes evolved over time, according to the study published in the Journal of Medical Internet Research on 14 April.

The first one warned that 5G cell towers spread the respiratory virus.

The second one claimed that the Bill & Melinda Gates Foundation engineered the pandemic, or had “malicious intent” related to it.

The third theory doing the rounds on the internet insisted that COVID-19 had been "bioengineered" in a laboratory.

And last but not least, the fourth conspiracy theory stokes fears in netizens by warning of the inherent dangers of COVID-19 vaccines, which were still in development during the study period.

For the study, AI analysed over 1.8 million tweets that contained COVID-19 keywords.

Subsequently, the posts containing the words were classed by the research team as misinformation or without context for each of these conspiracy theories over the first five months of the pandemic.

“From this body of data, we identified subsets that matched the four conspiracy theories using pattern filtering, and hand labeled several hundred tweets in each conspiracy theory category to construct training sets,” said Dax Gerts, a computer scientist and co-author of the study from the Los Alamos National Laboratory in a statement.

He added that this approach allowed the team to observe how people discuss the conspiracy theories related to the health crisis on social media, observing the ensuing changes over time.

“A lot of machine-learning studies related to misinformation on social media focus on identifying different kinds of conspiracy theories. Instead, we wanted to create a more cohesive understanding of how misinformation changes as it spreads,” added study co-author Courtney Shelley, from the Los Alamos National Laboratory, in a statement.

As the conspiracy theories evolved, the study found that people tended to incorporate into them details from other unrelated theories, as well as from events occurring in the real world.

Therfore, the conspiracy theory that Bill Gates’ foundation had “malicious intent” related to COVID-19 was linked to a Reddit “Ask Me Anything” session that the billionaire participated in last year.

At the time, the Microsoft founder touted research funded by his foundation to develop injectable invisible ink that could be used to record jabs.

“Immediately after this event, the prominence of words associated with vaccine-averse conspiracy theories increased, with tweets suggesting that the COVID-19 vaccine would be used to secretly microchip individuals for population control,” noted the study.

Summing up the results of the research and its potential benefits for monitoring online conspiracy theories, the authors voiced hope that public health officials could use it to identify the ideas gaining particular traction on social media.

“It’s important for public health officials to know how conspiracy theories are evolving and gaining traction over time. If not, they run the risk of inadvertently publicizing conspiracy theories that might otherwise ‘die on the vine’,” added MsShelley.

The team hope that successful pre-emptive efforts could be carried out to prevent the spread of falsehoods not specific to public health and valuable for characterising misinformation in general.