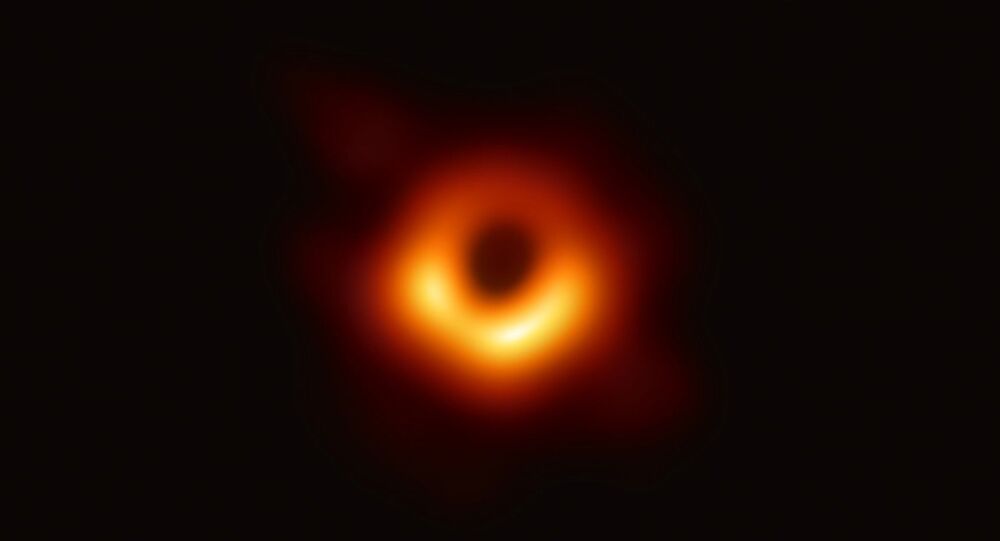 New Photos of a Black Hole May Shed Light on the Mystery of Cosmic Rays, New Study Claims

Discovered in 1912 by Austrian-American astrophysicist Victor Hess, cosmic rays, which move at nearly the speed of light, have long baffled scientists, who are still unable to say with certainty where they originate from. The most popular candidates are supernovae, quasars, active galactic nuclei, and gamma-ray bursts.

In 2019, an international team of scientists managed to capture the first-ever image of a black hole (M87) in the Messier galaxy, 54 million light-years away from Earth. In their recent study published in The Astrophysical Journal on 14 July, the team assembled a new image of the black hole, which researchers say may unravel the mystery of the origin of cosmic rays.

The series of new images of the M87 show the black hole shooting jets that produce light at every wavelength – from radio waves to powerful gamma rays.

In 2017, telescopes around the world simultaneously observed the supermassive black hole in galaxy M87. Data from those observations, which span the electromagnetic spectrum, have been released to provide further insight into its behavior. https://t.co/IHd9b8yFF6 #BlackHoleWeek pic.twitter.com/xFa3vdjMni

​These jets produce an enormous amount of energy, which no known human technology, including the Large Hadron Collider, is capable of. The jets produced by M87 and other black holes are similar to ultra powerful cosmic rays.

"One of the primary questions we're trying to investigate is where are the high-energy particles coming from. How are these jets launched, what's inside of them, and how are high-energy cosmic rays - which seem to be coming from black hole jets – accelerated?", said Sera Markoff of the University of Amsterdam.

The new image will also enable scientists to learn more about M87 – how fast it spins and its orientation, how it evolved over the years, and whether it gained its mass by colliding with black holes or devoured surrounding matter.

Look familiar? It's the supermassive black hole at the center of M87, a galaxy 55M light-yrs from Earth.