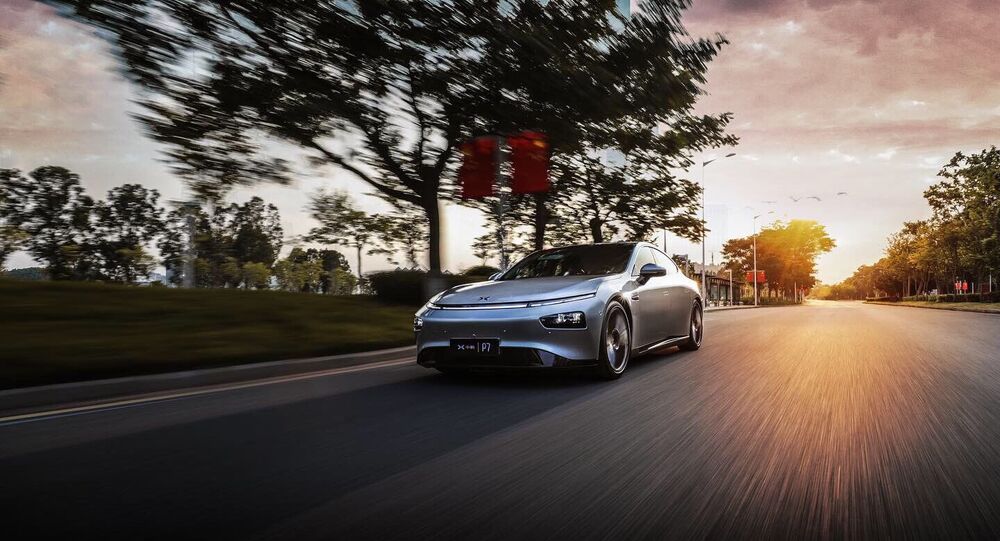 The news comes after news the Guangzhou-based tech giant said it had built a small team to develop the chips amid the ongoing global semiconductor crisis and pandemic, Chinese tech news website 36Kr reported this month, and as rival automakers Tesla, BMW, Volkswagen and others compete for the Chinese auto market.

Chinese electric automaker Xpeng Motors has announced it may produce its own semiconductors for autonomous vehicles, a top exec from the firm told CNBC on Thursday.

© AP Photo / Vincent Yu
Xiaomi to Enter Smart Vehicle Race by April Amid Global Chip Shortage, Report Says
According to Xinzhou Wu, vice-president of autonomous driving, the firm would explore numerous technologies such as chips for its autonomous vehicles.

Speaking on whether the firm would explore building its own in-house chips, he added: "That's one of the directions, yes."

According to CNBC, developing in-house chips would allow the company better control and deeper synergy between its hardware components and software.

© AP Photo / Daniel Hulshizer
Efforts to Fund Self-Reliance 'Economically Unrealistic' Amid Tech War, Chip Crunch, TSMC Exec Says
Wu claimed the P5′s hardware and software and “usability of the overall features is much more advanced” than its competitors — and that would give the company an “edge.”

Wu concluded the P5's usability and overall features were "much more advanced" that competitors, allowing the company an "edge" over rivals.

The news comes as numerous Chinese tech giants join the global tech race amid the US trade war on China. Mainland smartphone giant Xiaomi aimed to build electric vehicles by April this year, according to Chinese media reports in March.

Domestic chip production efforts also come amid a major global semiconductor shortage crisis, which has badly hit major tech and automotive firms such as Apple, Samsung, Honda, General Motors and many others in recent months.