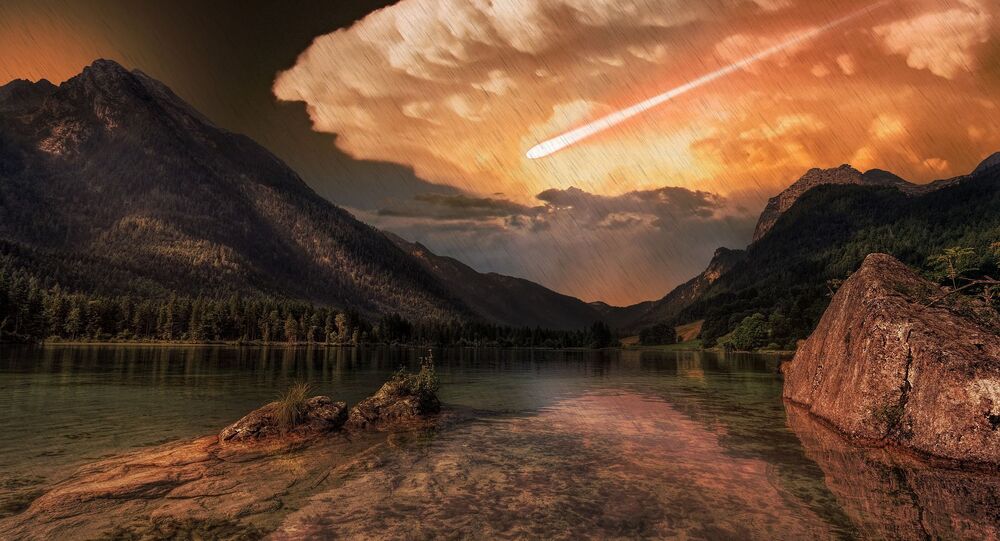 Amid increasing concerns voiced by some scientists that climate change is fraught with dangerous implications for the Earth’s natural ecosystem and the world economy, there may be other links to altering weather conditions that are no less threatening, claims a new study.

When extreme weather conditions manifest themselves in the form of droughts or excessive rainfall, it may be a sign of impending wars, claims new research.

As a team of scientists led by Santa Fe Institute External Professor Rajiv Sethi (Barnard College, Columbia University) and Tackseung Jun of Kyung Hee University in South Korea discovered the link as they pored over the oldest surviving document recording Korean history - the Samguk Sagi, or History of the Three Kingdoms.

If you curious what is Samguk sagi (삼국사기, History of the Three Kingdoms) is a historical record of the Three Kingdoms of Korea : Goguryeo, Baekje & Silla. It is well known in Korea as the oldest surviving chronicle of Korean history.#RiverWhereTheMoonRises
Source : Wikipedia pic.twitter.com/JdFIhyPlBO

​Narrating the historical records of Goguryeo, Baekje and Silla, the three states that ruled the Korean Peninsula from 18 BCE to 660 CE, it is written in classical Chinese, the written language of the scholars of ancient Korea.

The compilation was ordered by King Injong of Goryeo (1122-1146) and undertaken by the government official and historian Kim Busik, joined by a team of junior scholars.

The Peninsular Japonic languages are now-extinct Japonic languages that many linguists believe were formerly spoken on the central and southern parts of the Korean Peninsula. The evidence consists of placenames listed in ancient texts, principally the Samguk sagi pic.twitter.com/6usiq9NMVn

​Completed in 1145, it is the oldest surviving chronicle of Korean history.

As they analysed the accounts of conflicts and extreme weather events laid out in the document and spanning centuries, the scientists found more and more data to corroborate their findings, suggesting a strong correlation between weather events and human conflict.

Elite young male from the ancient kingdom of Silla. As stated in the Samguk sagi and Samguk Yusa, Hwarangs were taught about religion, ethics, martial teachings, music, dancing, and nationalism.

​The research, "Extreme weather events and military conflict over seven centuries in ancient Korea", published as a study in the Proceedings of the National Academy of Sciences (PNAS), claims that states were more than twice as likely to be drawn into an armed conflict with a neighbour while simultaneously struggling with weather cataclysms such as drought or heavy rainfall.

Furthermore, analysis revealed that extreme climatic shocks were far more likely to result in a state being invaded by an ‘enemy’ rather than prompting one to embark upon an offensive.

© AP Photo / Tsvangirayi Mukwazhi
In this photo taken on Sunday, Oct. 27, 2019, a man stands on a sun baked pool that used to be a perennial water supply in Mana Pools National Park, Zimbabwe

Food insecurity was also identified by the study as a critical source of vulnerability to invasion.

As the work sheds new light on the potential links between climate change and war, researchers believe it might ultimately prove helpful in identifying areas of the world particularly vulnerable to climate-related conflict.