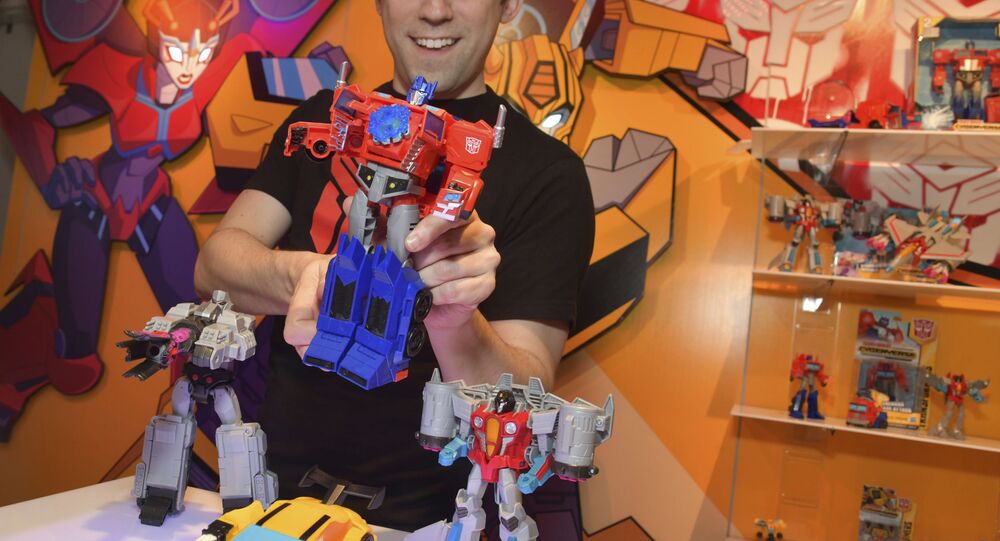 In February 2020 at Toy Fair New York, Robosen Robotics (Shenzhen) Co. LTD, a leading innovator in the field of AI and robotics, showcased T9, the world’s most advanced programmable robot that can convert from robot to vehicle in smooth and seamless movement.

Now, taking a huge leap into what can be viewed as a major engineering achievement for millennials and a move sure to satisfy fans of all ages, Robosen Robotics - in partnership with toy maker Hasbro - have brought to life Optimus Prime, the one and only leader of the Autobots.

Speaking in the voice of Peter Cullen, the original voice actor for Optimus Prime for over four decades, the costly high-grade collectible is equipped to respond with 80 sound effects, as he waits for one of over 20 voice commands with his built-in speakers and two microphones.

Optimus responds to voice commands that include “roll out,” “open fire,” “attack” and “move left/right,” among many other directives. Individuals can also say “hello” or ask “who are you?” That is, if you’re not already familiar with the main protagonist of the beloved animated “Transformers” series.

More than meets the eye, Optimus can also do what we all expect from a Transformer, which is transform from his 19-inch battle ready self to his more subtle Peterbilt 279 semi-truck ready to ride remote control vehicle mode.

Optimus moves in smooth, realistic fashion, even mimicking breathing as he is built inside out with premium materials including over 5,000 components, 60 microchips and 27 servo motors, which allow for seamless and fluid movement.

Giving Optimus Prime a more personal educational tool, individuals can also use an online application to control the robot with different programming options, or “missions” and design a unique movement pattern. The feature offers a possible gateway into teaching engineering to a younger generation in the way of exposure to the world of robotics, similar to the programming teaching skills of Robosen’s K1 Interstellar Scout.

According to the announcement made by Robosen, it took 11 years of research and development to produce a robot with such a comprehensive set of functions.

Casey Collins, general manager and senior vice president at Hasbro has said, “In our continued persistence to elevate branded play, Robosen’s advanced innovation within robotics, will allow our fans to bring their favorite Transformers characters to life in a way never achieved before within collectibles.”

Major tech moves have been made in the field of robotics recently as society moves closer to building real-life Transformers, such as the 19.7-metre-tall RX-0 Unicorn moving replica of a Gundam, a fictional giant robot from the popular Japanese anime franchise. The Gundam replica, which was built by the anime’s publisher, Sunrise, is located for tourist pleasure in DiverCity Tokyo Plaza, Odaiba, Japan.

Though the Optimus Prime creation isn’t Robosen’s first transforming robot, it is the first that has been designed as an official Transformer.

"We are thrilled to collaborate with Hasbro and look forward to ushering in a new standard of robotics with the most advanced Transformers robots for consumers ever created," said Robosen USA Director Sean Tang. "The team is working hard to deliver an amazing user experience for fans of this esteemed franchise and produce Transformers that will be a premium addition to their collection with its superior functionality."

The Optimus Prime Auto-Converting Programmable Advanced Robot – Collector’s Edition is available to preorder on the Hasbro Pulse site for $699, but currently has no confirmed release date.

Disney Presents Sculptor Robot That Can Create in Different Styles

Catch Me If You Can: Golden Retriever Puppy Rides Robotic Vacuum Cleaner