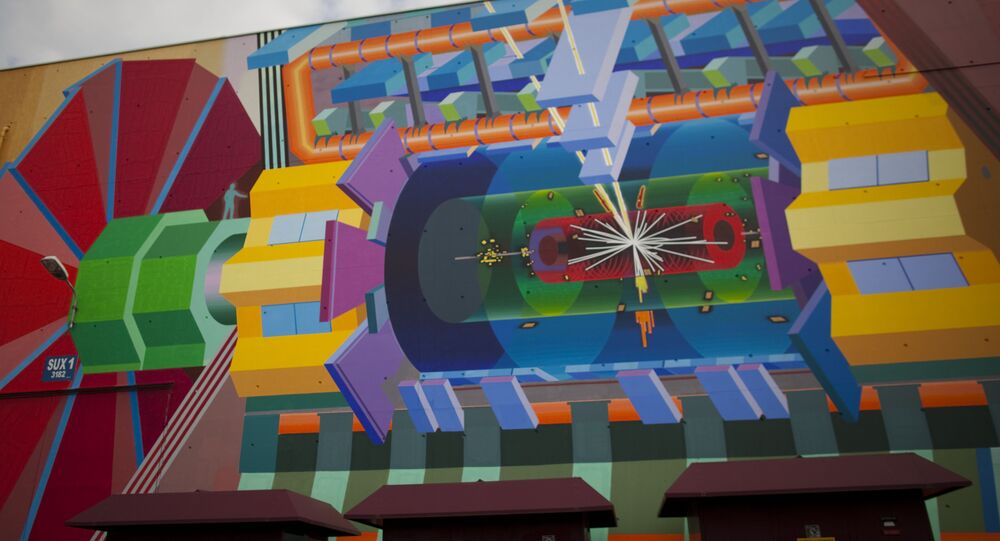 According to a famed US-based particle physicist, Michio Kaku, the Standard Model of physics, which has been the key theory for the past few decades, is too limited in scope, as proven by recent findings in the field.

Discrepancies detected in the so-called “Standard Model of physics” by the EU’s CERN, which operates the largest particle physics laboratory in the world, and American Fermilab could prompt researchers to arrive at some “universal theory of everything”, or a “God Theory”, prominent physicist Michio Kaku has shared with the Daily Mail.

He portrayed the “standard model” as the “theory of almost everything”, adding that it was “inevitable [that] discrepancies would be discovered eventually” as the theory was ugly” and far from all-embracing.

Indeed, CERN has shown this year that super-tiny particles called muons appear to behave in a mode different from what the theory predicts, with Chicago-based Fermilab further discovering a sort of a “wobble” in the movement of naturally-occurring muons, which could point to the existence of a whole new force of nature.

© Photo : National University of Science and Technology MISiS
Tunneling microscope for the analysis of muon tracks

Kaku has told the British edition that the “God Theory” would potentially unite all the forces of nature into a single equation, as “the tiniest deviation in the Standard Model” would hint at the upcoming, admittedly viable “real fundamental theory”.

The physicist couldn’t specify what it would be like, but believes it would be based on string theory – the hypothesis that everything is composed of tiny vibrating strings, too small to be visible to the naked eye or even a microscope, with all the wobbling linked to sub-atomic particles.

In the promising string theory, each “note” on a string is a particle, while physics for its part is comprised of the laws of harmony that describe these vibrations, Kaku pointed out.

“Chemistry is the melodies we can play on these strings, which can bump into each other. The universe is a symphony of strings. And the mind of God, that Einstein struggled with for so long, is comic music resonating through hyperspace,” he depicted allegorically.

For the past 50 years, the Standard Model has effectively described the behaviour of sub-atomic particles, but it omits any mention of gravity, the physicist lamented.

“It has 36 quarks and anti-quarks, 20 free parameters, a large number of gauge particles, neutrinos, and Higgs bosons,” he explained, adding that finding a universal theory would be the greatest achievement in the history of science in over two millennia.

It would help answer a whole bunch of questions currently plaguing science, including what the universe looked like before the Big Bang, what lies beyond a black hole and whether time travel is at all possible, Kaku pointed out.

The recently discovered abnormalities of the Standard Theory certainly didn’t go unnoticed in the scientific community. For instance, theoretical physicist Matthew McCullough of CERN, the European Organisation for Nuclear Research, said untangling the mysteries could “take us beyond our current understanding of nature”.

“It is getting close to the discovery of new physics beyond the Standard Model –new fundamental particles basically,” he tweeted enthusiastically, anticipating “the biggest discovery in Particle Physics for many years – certainly up there with The Higgs Boson”.

For The First Time, Scientists Confirm Ghostly Neutrino Particles Are Produced in Sun