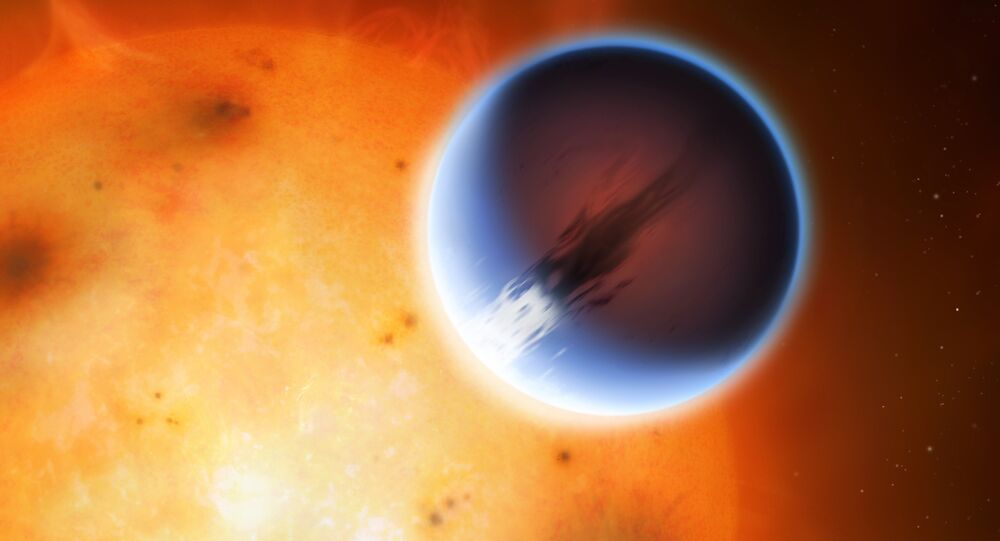 Well-Known Exoplanet Could Have Once Migrated to Its Present-Day Location, New Study Says

Being able to take such a precise chemical fingerprint, as was done in a recent research project, is expected to enable researchers to better grasp distant planets in the future, including to obtain data on whether they could be home to life.

A widely known and studied planet seems to have been born in a place different from what was previously thought, further migrating to its position close to its sun, according to a new study published in Nature.

Having conducted an in-depth analysis of chemicals in the atmosphere of HD 209458b, researchers came to such a conclusion. They examined data from the Telescopio Nazionale Galileo in La Palma, Spain. As the planet made its way in front of its star four times overall, they examined the light flows.

By getting a grip on how the atmospheric layers affected the light spectrum, they managed to derive what chemicals are present there and in what quantities. Among the newly detected chemicals are hydrogen cyanide, methane, ammonia, acetylene, carbon monoxide and low amounts of water vapour.

The chemical build-up came as a surprise, since there were twice as many carbon-based molecules than expected, which led scientists to believe that the planet was at some point orbiting much further from its star when it first came into being – at a distance from the sun equal to Jupiter or Saturn in our own solar system, a far cry from the mere 7 million kilometres it lies away from its star at this time and age.

“There is no way that a planet would form with an atmosphere so rich in carbon if it is within the condensation line of water vapour. At the very hot temperature of this planet (1,500K), if the atmosphere contains all the elements in the same proportion as in the parent star, oxygen should be twice more abundant than carbon and mostly bonded with hydrogen to form water or to carbon to form carbon monoxide. Our very different finding agrees with the current understanding that hot Jupiters like HD 209458b formed far away from their current location,” said Siddharth Gandhi of the University of Warwick Department of Physics.

In the near future, NASA is expected to launch the James Webb Space Telescope and hopes to be able to gather much more profound data about the various planets that surround us beyond the Solar System.

Being able to exploit techniques akin to those used in the new study to arrive at the comparative analysis of chemical composition will enable to understand the conditions on those worlds, and get an idea of whether they could sustain life.