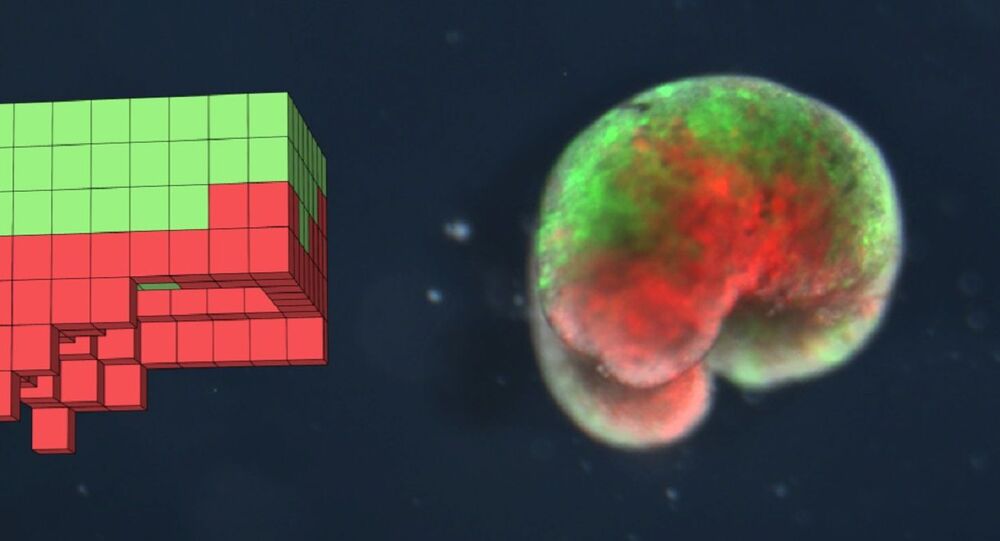 These itsy-bitsy robots, dubbed "xenobots", made headlines last January, becoming the first-ever artificial creatures made from biological tissues - in particular stem cells of the frog species Xenopus laevis that gave the synthetic organisms its name.

A team of computer scientists from the University of Vermont has once again joined efforts with biologists from Tufts University, Massachusetts to upgrade the so-called "xenobots" - first-ever living robots made of frog cells with the ability to self-organise, self-heal and perform certain tasks.

The new version of the tiny robots, measuring less than a millimetre in size, will not need muscle cells to travel around, but more astonishingly, they will ‘even demonstrate the capability of recordable memory’.

According to a press release, published by the University of Vermont, the xenobots will have a longer lifespan and will be able to navigate different environments at a faster pace than their previous version.

Besides, they will be able to cooperate by forming swarms in order to perform tasks.

​"...We see that cells can re-purpose their genetically encoded hardware...for new functions such as locomotion. It is amazing that cells can spontaneously take on new roles and create new body plans and behaviors without long periods of evolutionary selection for those features", Michael Levin, professor of biology at Tufts, involved in the study was quoted as saying.

The "living" machines were created in January 2020, becoming the first robots of organic origin. Designed to perform various tasks, such as dealing with radioactive pollution, gathering micro-plastic in oceans or removing plaque from blood vessels, the robots, however, cannot multiply or evolve, simply perishing after they run out of nutrients.