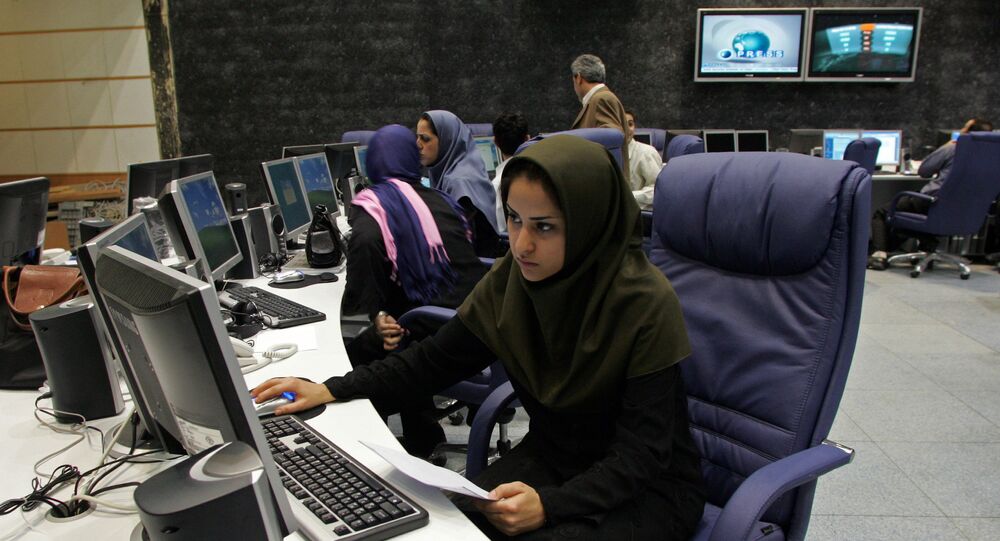 The big three tech giants and the US government have repeatedly censored Iranian media and officials in recent years, deleting or suspending the accounts of individual politicians, seizing internet domains, blocking news agencies, and eliminating alleged puppet profiles on the basis of possible CIA misinformation.

Facebook has permanently shut down the English-language page of Iran’s Press TV news network, accusing the broadcaster of failing to “follow our Community Standards.”

Attempting to navigate to the page leads users to a notice that reads: “This Page Isn’t Available. The link may be broken, or the page may have been removed. Check to see if the link you’re trying to open is correct.”

Press TV says the California-based social media giant did not provide the broadcaster with any reason for the ban, saying only that it had “already reviewed this decision and it can’t be reversed.”

This is the second time Press TV has come under attack on Facebook this year. In January, the broadcaster’s page was temporarily deleted, also without any warning or explanation, with Facebook citing “safety and security reasons” for the suspension. The social media giant reversed its decision after Press TV filed an appeal. The Iranian network indicated at the time that the attack coincided with its coverage of post-election violence in the US, and that it had nearly four million followers before the ban.

Commenting on Facebook’s decision, Press TV accused the company and other US social media giants of a “blatant double standard,” suggesting that while companies “do not hesitate to silence the voice of Iranian media under the pretext of ‘policy violations,’ they offer a free hand to anti-Muslim hate groups and Iranophobes under the banner of freedom of expression.”

© AP Photo / Matias Delacroix
Facebook Says Venezuela's President Nicolas Maduro Blocked for a Month Over 'Misinformation'
In a related development, Facebook blocked Venezuelan President Nicolas Maduro’s page on Saturday after he shared “misinformation” about Covid-19 by promoting a Venezuelan-made medication which he said could help protect against or even treat the coronavirus. “We follow guidance from the [World Health Organisation] that says there is currently no medication to cure the virus,” the social media company said of the decision, noting that Maduro’s page would remain read-only for 30 days.

Friday’s ban is far from the first time that Iranian officials, media, or government entities have been censored on US-owned media platforms. Earlier this year, one of Iranian Supreme Leader Ali Khamenei’s Twitter accounts was suspended after posting a photoshopped image of former president Donald Trump playing golf as a drone flies overhead preparing to “avenge” the murder of Quds Force Commander Qasem Soleimani.

Last October, the Department of Justice seized 92 Iranian government domains, claiming that they were being “unlawfully used” by the Revolutionary Guard to “engage in a global disinformation campaign.” Before that, Twitter removed over 100 “Iran-linked” accounts supposedly trying to “disrupt the conversation” during the first Biden-Trump debate.

In the summer of 2020, Facebook, Facebook and Twitter labeled multiple Iranian, Chinese and Russian news outlets as “state media,” and blocked them from buying ads targeting US users. The “state media” labels did not apply to the BBC, Deutsche Welle or other government-funded Western news agencies, nor to those accounts funded by the US government, such as Radio Free Europe.