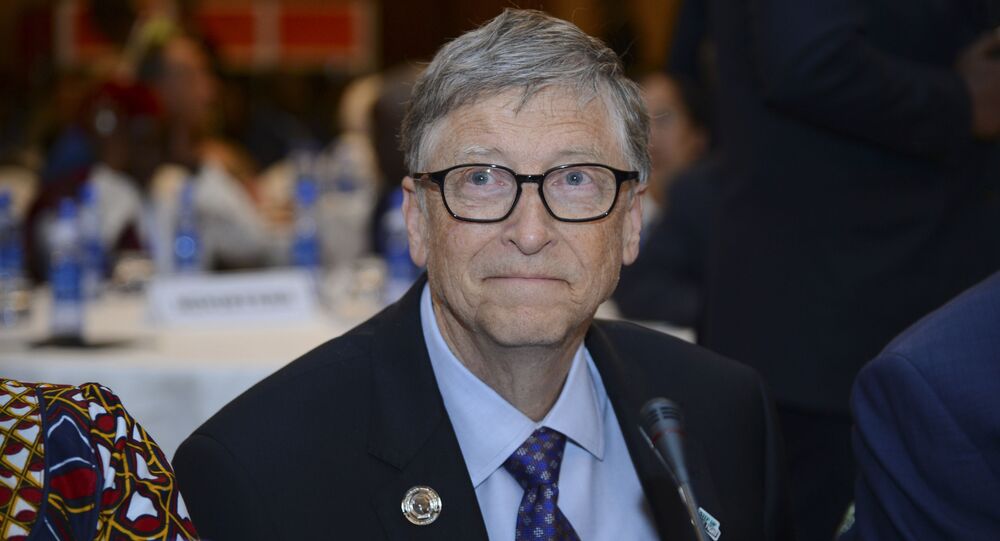 The Microsoft co-founder, who has donated about $50 billion to various charitable causes, considers climate change one of the most acute problems humanity is facing and has spearheaded several initiatives on research and development of clean energy.

A Bill Gates-backed project aims to stop climate change by dropping tonnes of chalk dust into the stratosphere, The Times reported. According to the newspaper, the initiative funded by several private donors, including the Microsoft co-founder, will be the first serious attempt to deal with the issue of climate change by dimming the Sun.

Essentially, scientists will attempt drop chalk dust in the atmosphere hoping it will create sunshade that will reflect some of the Sun's rays and heat back into space and dim those that get through, thus preventing our planet from getting warmer.

This summer scientists plan to launch a large balloon carrying 2 kg of chalk above the Swedish town Kiruna and then drop the chalk. Researchers will then monitor how it interacts with the atmosphere. This information will be used to run simulation tests to see whether increasing the amount of chalk dust will help deal with the issue of climate change.

The scientists behind the project were inspired by the 1991 volcano eruption in the Philippines. Back then, Mount Pinatubo released an enormous ash cloud containing millions of particles of sulphur dioxide, which then formed into droplets of sulphuric acid that floated in the air for more than a year and acted as sunshade. Scientists say that global temperatures went down 0.5 Celsius as a result of this.

Excuse for Politicians and Potential Impact on Weather System

Despite its popularity, the project has raised concerns among the scientific community. Critics say the initiative does not address the main culprit behind climate change – pollution – and will give politicians an excuse not to adopt difficult measures to solve the problem.

Others point out that the idea itself is quite dangerous. Sir David King from the University of Cambridge told The Times that the technique should be banned as it could be disastrous for weather systems in ways no one can predict. King insists that data on the potential effect of sunshade should be gathered via other techniques.

Scientists behind the project assured that the small portion of chalk they plan to drop this June won't cause any problem and emphasise that their idea is not a silver bullet to the issue of climate change, but is rather an option that could be used together with other measures.

"The fact is, whatever opinions I or other people of my generation have about solar engineering, including people who think it should never and can never be used, we're not the ones who are going to decide. The decision we face now is whether to study it seriously. And from my perspective, doing serious investigation of what its risks are and how well it could work provides the next generation with better information to make a more informed decision", David Keith, a member of the study team told The Times, adding that the project could "buy the world some time" while it attempts to solve the problem.