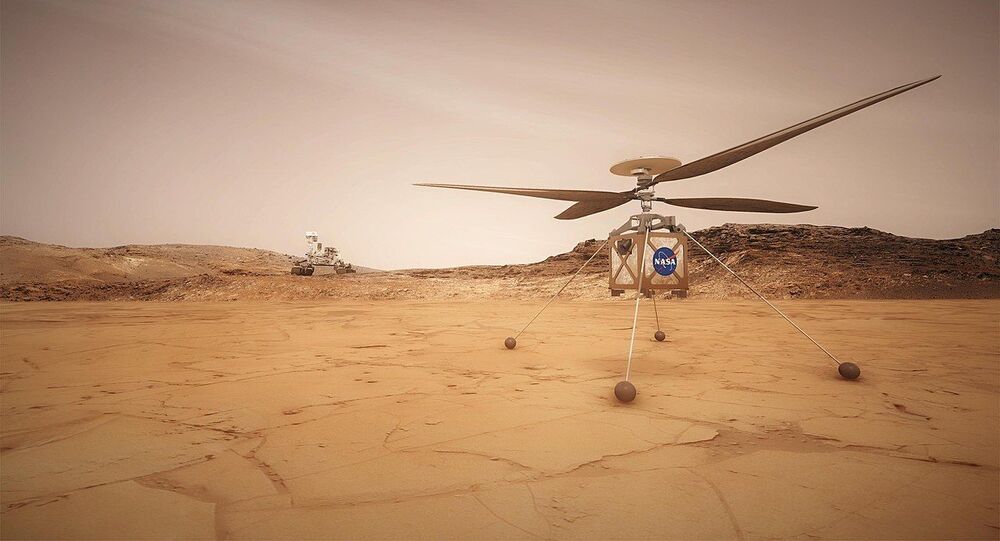 NASA’s Perseverance Mars rover successfully landed on the Red Planet in February. It has been accompanied by a small helicopter, Ingenuity, which is due to take a number of test flights on the planet, as planned by the scientists.

Watch a live broadcast of NASA’s virtual media briefing as the space agency's miniature Mars helicopter, Ingenuity, is due to attempt its first flight on the Red planet.

It has already been reported that the chopper will attempt up to five test flights during its campaign in April.

The rover, which is destined to spend the rest of its days on Mars, will be collecting data on the planet’s geology and climate. The agency’s mission to the planet is considered its most sophisticated to date. Perseverance mission was launched on 30 July 2020 and given the responsibility of searching for signs of life on the planet.