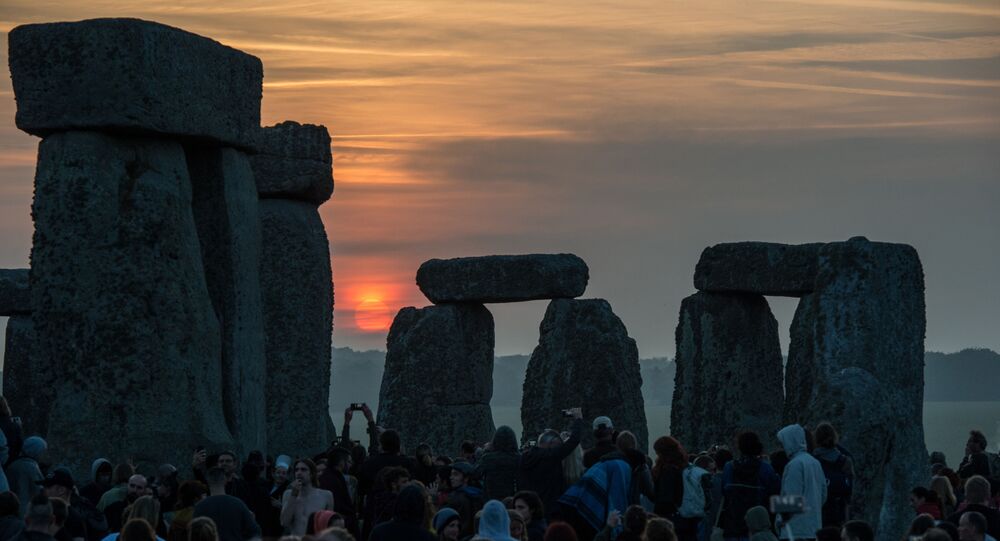 The mystery around Stonehenge had a new twist last month after the discovery of the remains of an ancient stone circle at Pembrokeshire's Preseli Hills in Wales, which led many to think the vast circular structure on the outskirts of Salisbury, England, had originally been built there, before being one way or another transported to English soil.

Interest in the timing of the construction work in what is today Wiltshire, England, is unlikely to cease any time soon, as researchers recently indicated that a range of the megaliths from Britain's biggest and oldest stone circle must have originated in southwest Wales.

The earliest known major event at Stonehenge is considered to be the emergence of a circular ditch with an inner and outer bank that dates back to around 3000 BC.

With Stonehenge, one of the world’s greatest archaeological enigmas, universally estimated to be far older than the Roman Empire and the Druids, who Stonehenge has often been attributed to, its “first phase predated the Great Pyramids of Egypt”, as follows from National Geographic's Naked Science documentary, “Who Built Stonehenge?” cited by the Express. The earliest among the landmark Egyptian pyramid-shaped masonry structures is incidentally the Pyramid of Djoser built c. 2630–2610 BC during the Third Dynasty.

A number of tests at the site of Stonehenge suggest the structure was the work of ancient Britons, described by National Geographic as a "primitive and little-known people" residing in the area at the time when Britain was gradually moving into the Bronze Age around 4,500 years ago.

It now raises more and more questions how those purportedly technologically undeveloped people could have constructed (did they indeed?) and allegedly transported such a grand engineering masterpiece from Wales or elsewhere. The documentary explores the so-called “Ice Age theory”, stating:

"Perhaps ancient Britons found the stones lying around on Salisbury Plain deposited there by a powerful force of nature - the movement of ice".

Britain's Ice Age saw massive ice sheets, which could also have included loads of giant rocks, envelope the British isles as they arrived from the Arctic around 20,000 years ago, with many reaching as far south as southern England.

Yet, the theory is hardly new, as researchers have long suggested that powerful glaciers might have easily swept huge rocks across the country’s landscape.

Back in 2015, Dr Brian John, Dr Dyfed Elis-Gruffydd and John Downes published a report in the journal “Archaeology in Wales”, claiming there were "no traces of human intervention in any of the features that have made the archaeologists so excited".

The team busted the earlier assumption that the Preseli Hills, one of two previously studied sites, served as a Neolithic quarry, as had been suggested by researchers at University College London (UCL) and other institutions, to produce the bluestone needed for the construction of the world’s most famous henge.