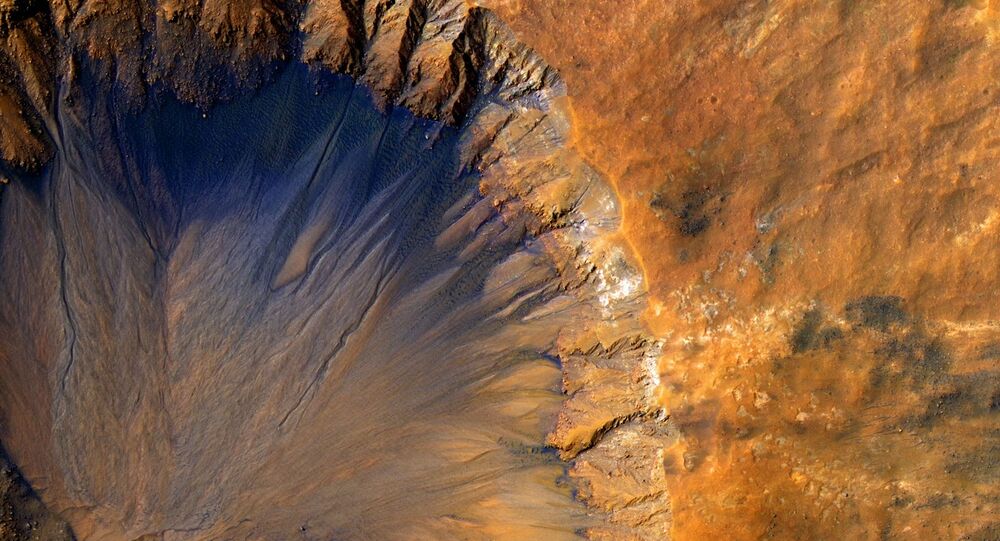 If the results are confirmed, then the title of the world’s oldest crater will be given to the Yarrabubba impact structure in Western Australia. Scientists estimate that the crater appeared when a meteorite measuring seven kilometres in diameter struck Earth approximately 2.2 billion years ago.

An international team of scientists claims that the world’s oldest crater is not a crater after all. In 2012, a study claimed that the Maniitsoq structure in Greenland is a crater that was created by meteorite that smashed into Earth approximately three billion years ago. Now researchers from Australia, Canada, Denmark, and Greenland allege they have disproved this claim.

According to the results of their study, published on 1 March in the journal Earth and Planetary Science Letters, the scientists did not find evidence of the processes mentioned by their colleagues.

"Zircon crystals in the rock are like little time capsules. They preserve ancient damage caused by shockwaves you get from a meteorite impact. We found no such damage in them", said Chris Yakymchuk, assistant professor at the University of Waterloo and a co-author of the study.

Moreover, they say that the processes in question, such as various magnetic patterns in the rock inside the proposed crater, could have appeared because of normal geological processes.

"I try to keep an open mind about everything in science, especially until you see the rocks themselves. [But] after seeing the rocks, it was kind of 'Huh? These don’t look that different from rocks I’ve seen elsewhere in the world.' So either we missed impact structures everywhere on Earth or this wasn’t one", said professor Yakymchuk.

The researchers also discovered that there were multiple places in the Maniitsoq structure where rocks had melted and recrystallised deep into Earth, a process called metamorphism. It would occur immediately if it were produced by an impact. However, the team estimates that the metamorphism in Maniitsoq happened 40 million years later than what the 2012 study suggested and couldn’t be related to an impact.