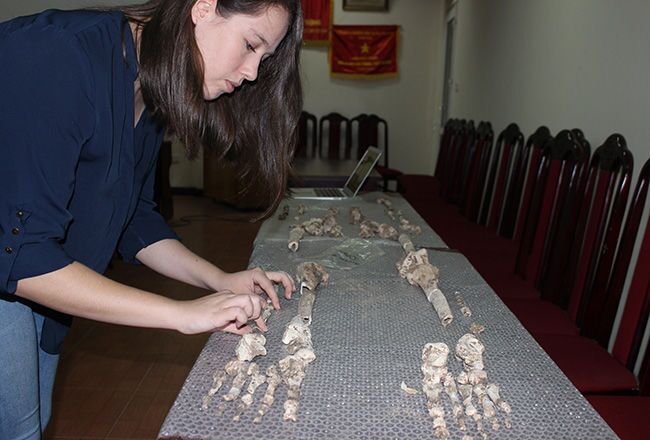 Malaria, a disease caused by a parasitic protozoan, has been too well known to humans throughout the centuries. Scientists believed that the “paludal fever” first affected humans with the beginning of agriculture development, as they came in contact with Anopheles mosquitoes, the known vector for the debilitating disease.

New bioarchaeological studies have revealed that malaria appeared over 7,000 years ago, before the first agricultural tribes emerged, according to Scientific Reports.

The study's lead author, Melandri Vlok, from the Department of Anatomy at the University of Otago, New Zealand, notes that this groundbreaking revelation changes the way people see one of the deadliest diseases in the world.

“Until now we’ve believed malaria became a global threat to humans when we turned to farming, but our research shows in at least Southeast Asia this disease was a threat to human groups well before that. This research providing a new cornerstone of malaria’s evolution with humans is a great achievement by the entire team,” she said.

Although malaria is not visible in archaeological sources, the illness causes mutations in human genes, and the evidence can be seen in prehistoric skeletons. Some mutations lead to the inheritance of thalassemia, a genetic disease that in a milder form provides partial protection against malaria.

Traces of the disease are widespread among ancient human remains in Southeast Asia and the Pacific, where malaria remains a threat to the population. Its origin was undetermined, but research found evidence of thalassemia at an archeological site of ancient hunter-gatherers in Vietnam. The age of the skeletons is thought to be older than 7,000 years, which would place it about a thousand years before first agriculture settlements appeared in this region.

The disease remains a serious world health problem. In 2019, the World Health Organization (WHO) reported 229 million cases of malaria worldwide. It is thought that an estimated 67 percent of deaths from the disease occur among children under the age of five.