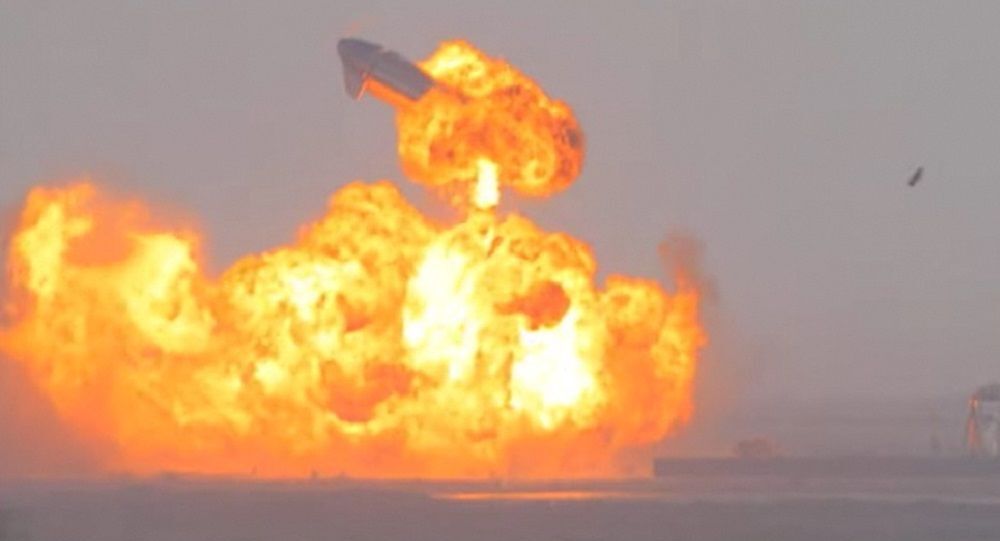 The company's founder, Elon Musk, has explained what went wrong with the Starship SN10 on 3 March. The spacecraft is the first prototype to nail a successful vertical landing.

Tech tycoon Elon Musk has taken to Twitter to reveal what was behind the explosion of SpaceX's Starship SN10. According to the billionaire, the spacecraft's engine was low on thrust, which likely occurred because of partial helium ingestion from the fuel header tank.

In other words, the spacecraft's landing legs and skirt were destroyed because the fuel ended up in the wrong place and at the wrong time.

Musk's tweet followed a series of images posted on the social media platform portraying SpaceX's workers lifting the SN10's landing legs. The author of the photos suggested this was a part of the preparatory work for SN11.

​On 3 March, SpaceX launched its third testing model of the Starship spacecraft, the SN10. The event marked the first successful Starship landing, although it unexpectedly burst into flames ahead of the re-launch.

SpaceX has been working on its Starship project since 2012. The company's next-generation spacecraft represents a top priority for Musk, as the technology tycoon still cherishes the idea of launching missions to Mars and the Moon. Musk previously indicated that he anticipates the prototype will reach orbit sometime in 2022.