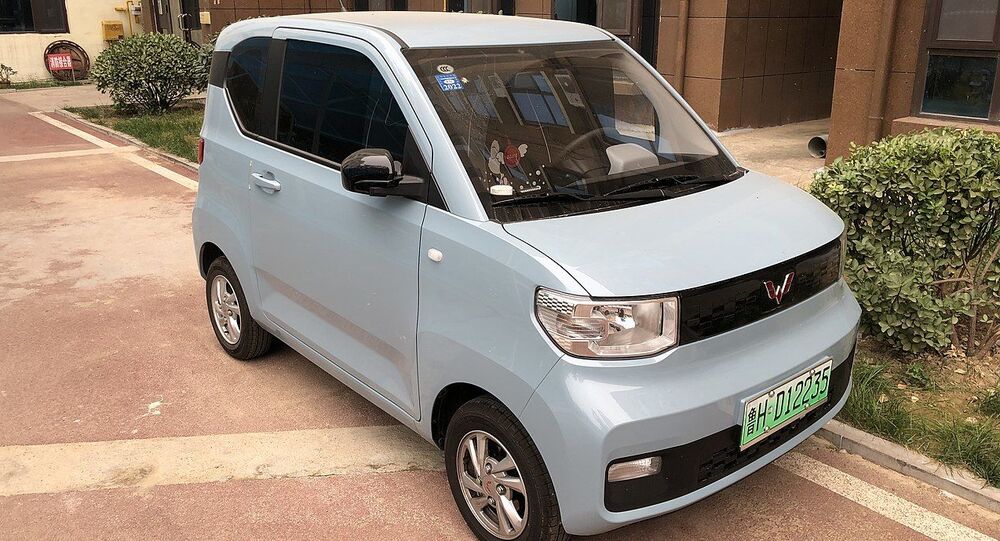 China accounts for about 42 percent of the global fleet of electric vehicles, with over 1.2 million EVs sold in the country in the past year alone.

The Mini EV’s impressive sales figures are said to have allowed SAIC-GM-Wuling to outsell the Tesla Model 3’s global monthly sales figures, with the Model 3 and Model Y now ranking second and third, respectively. Tesla sold 206,500 Model 3s between January and December of 2020.

The compact, three-door Mini EV can seat up to four people, is equipped with a 17.4 horsepower electric motor, and has an advertised range of 120 to 170 km from a single charge, depending on battery configuration.

Despite its low starting price, the vehicle is equipped with a number of standard features, including air conditioning, power windows, and stereo. Standard safety equipment includes anti-lock breaks and rear parking sensors.

At the moment, the vehicle is only available in China. However, automotive media have reported that Latvia’s Dartz Motorz plans to sell the micro as the Freze Nikrob EV, with the car to be assembled at a Lithuanian plant and marketed in Germany, Norway and France. The Freze brand is best known for being the Russian Empire’s first manufacturer of petrol automobiles. The Nikrob EV is expected to be sold in Europe at a starting price of 9,999 euros (about $12,000), which even at markup would still be the cheapest EV available on the continent.

© AFP 2021 / OLIVIER MORIN
Geely, Volvo Merger Scrapped But Plans Launched to Work Jointly on EV Technologies as Separate Firms
China is one of the world’s largest EV vehicle markets, with its 4.7 million electric car and truck fleet accounting for about 42 percent of all EV vehicles globally as of late 2020. The country began the move to electric cars less than a decade ago, with less than 10,000 EVs per year sold in the country before 2011. The country’s fleet surpassed 500,000 units in 2016, and the two million in 2018. In 2019, China reported that one million charging stations had been built to accommodate EV users.

The government offers incentives for the purchase and use of electric vehicles as part of its efforts to combat urban air pollution and reduce carbon emissions. Beijing hopes EVs will account for 25 percent of all vehicles sold in the country by 2025.