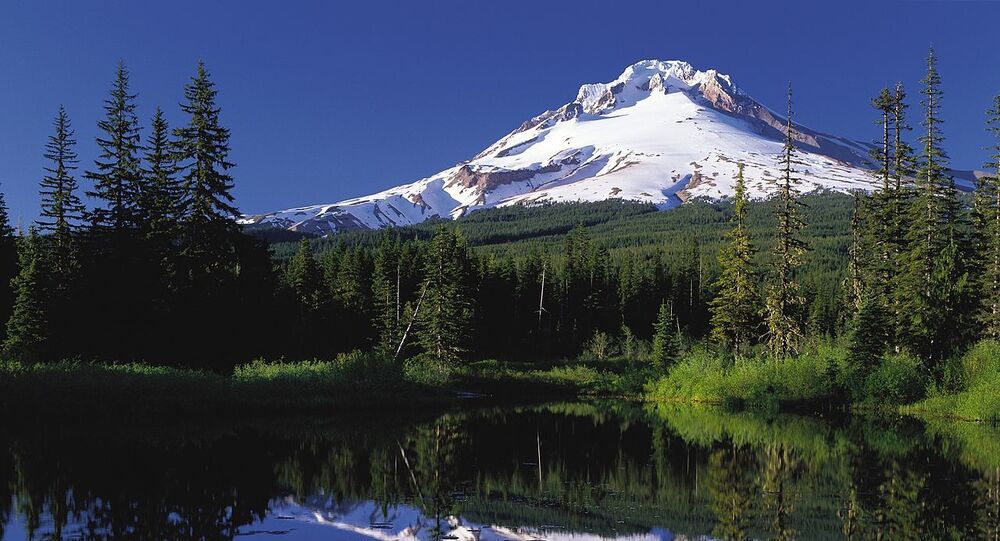 A succession of minor earthquakes were registered at 12:13 p.m. on 1 March about three to four miles beneath the summit of Mount Hood, Oregon, which is currently a dormant volcano. The Pacific Northwest Seismic Network measured eight quakes with a maximum magnitude of 1.3.

A 'swarm' of minor earthquakes occurred beneath the summit of Oregon's Mount Hood this week, with some speculating whether this might be a warning signal of bigger things to come.

The minor quakes - all were too small to be felt at the surface - began at 12:13 p.m. on 1 March, about three to four miles beneath the summit of the dormant volcano, lasting for about 45 minutes.

Eight quakes measured a maximum magnitude of 1.3, according to the Pacific Northwest Seismic Network, with dozens of other tremors too small to locate.

To allay concerns, the US Geological Survey wrote on Facebook on 3 March that while an earthquake swarm ‘isn’t a common occurrence’, it need not necessarily be taken as an indication that the ‘volcano is about to erupt’.

Earlier in the year, another burst-like swarm of more than 100 earthquakes occurred south of Mount Hood's summit.

Packing a maximum magnitude of 2.7 and centred about three miles down, the tremors registered on 17 January had raised concerns about the status of the volcano.

Geologists conceded that the swarm is considered an "uptick" in activity of Mount Hood's background seismicity, yet ruled out that an eruption might be imminent.

As to the causes of the earthquake swarms, the USGS stated that movement of pressurised, super-heated water along existing preexisting faults might be responsible, and not magma.