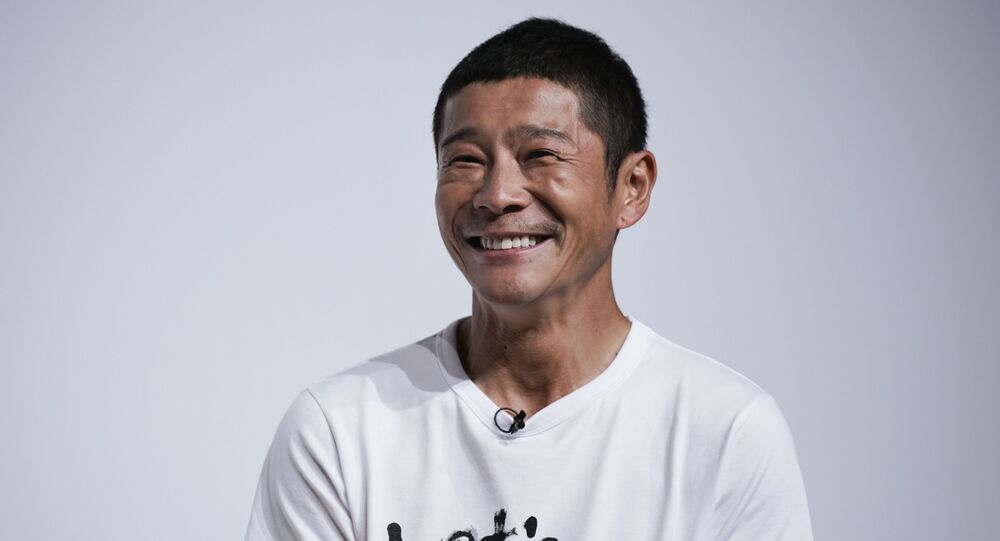 Yusaku Maezawa is a Japanese billionaire entrepreneur and art collector who launched online fashion retail website Zozotown in 2004. In 2018, Maezawa also founded a custom-fit apparel brand called ZOZO. He is estimated by Forbes to have a net worth of around $2 billion.

In a video released Tuesday morning, Japanese billionaire Yusaku Maezawa revealed that he will invite eight people to join him on SpaceX’s private space flight, dubbed dearMoon, to the moon in 2023.

"I have bought all the seats, so it will be a private ride," Maezawa explained.

Back in 2018, Maezawa purchased all seats aboard Elon Musk’s SpaceX Starship, a private spaceflight scheduled to take place in 2023 that will make a week-long journey to the moon and back.

The billionaire also encouraged people from “all kinds of backgrounds” to apply to join the mission.

Maezawa, who was revealed at the Starship’s first signed passenger in 2018, had previously announced that he would select a group of artists but has since decided to invite a wider audience to apply.

​In his Tuesday video, Maezawa said his original idea to invite artists “has since evolved” and the “maybe every single person is [sic] doing something creative could be called an artist.”

SpaceX’s Starship is a fully reusable, heavy-lift launch vehicle. SpaceX on Wednesday was slated to launch its latest Starship prototype on a test flight near Boca Chica Village in South Texas. The prototype aborted its first launch attempt before liftoff Wednesday afternoon after the vehicle’s engines sputtered off, space.com reported. When the Starship reattempted another launch Wednesday evening local time, it ended up exploding after a successful landing.

This is not the first time that SpaceX has experienced setbacks with its prototypes. Most recently in December 2020, a rocket produced by the leading company exploded following a test flight.