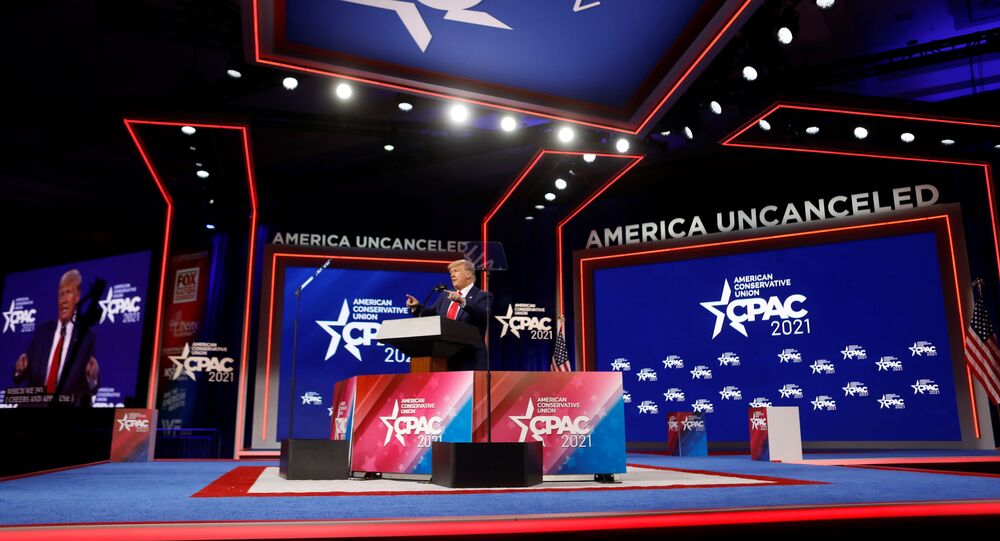 MOSCOW (Sputnik) - Sputnik has become one of several news outlets whose upload of former US President Donald Trump’s first public speech since leaving office was taken down by YouTube for providing only a "bare minimum of context."

Google warned Sputnik on Tuesday that the video, in which Trump again alleged voter fraud during the 2020 US presidential election, would receive a "strike" for violating the EDSA policy that requires potentially sensitive content to be explicitly tagged as such.

© AP Photo / John Raoux
YouTube Removes RT's Video of Trump's 'Violative' CPAC Speech
When contacted for a comment, the office of YouTube Enterprise partnerships for Russia and post-Soviet states explained that the video contained insufficient EDSA context on Trump’s Sunday address to the Conservative Political Action Conference (CPAC) in the US state of Florida.

The news agency was not the only one to have the Trump video blocked under the EDSA guidelines. RT said on Tuesday its upload of the uncut Trump speech was blocked for not being labeled as "violative." As of Wednesday, similar videos posted by Reuters and ABC have been removed, while that of The Independent remained, despite having no disclaimers.