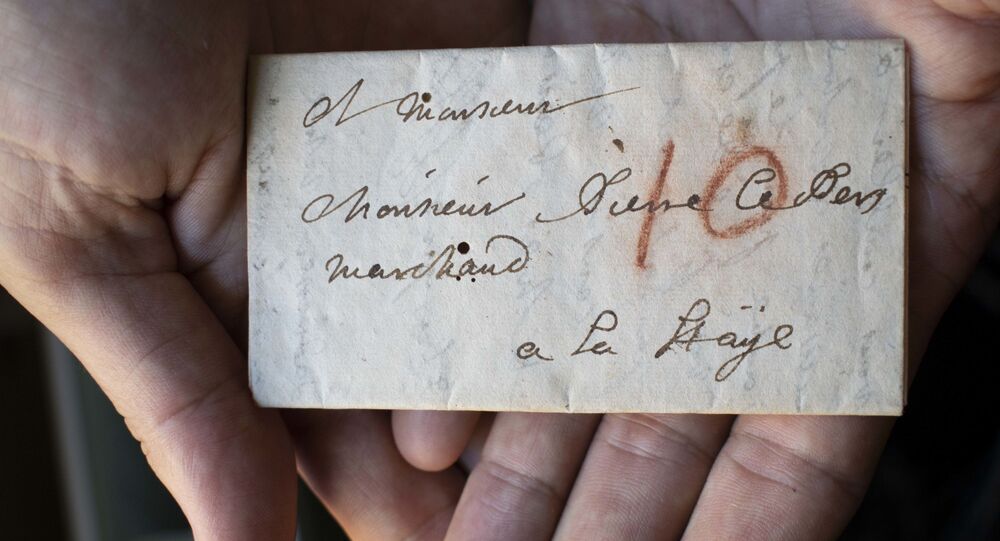 Letterlocking is considered a centuries-old technique in which an individual intricately folds a piece of correspondence in order to safeguard the contents from any eagle-eyed snooper. The practice was even tapped by Mary, Queen of Scots, who protected the contents of an 1587 letter to her brother-in-law with a so-called “butterfly lock” seal.

A team of scientists and researchers associated with the Massachusetts Institute of Technology recently revealed that they were able to virtually disclose the contents of locked letters by using X-ray machines, as opposed to cutting the letters apart and destroying historical artifacts.

Published in the journal Nature Communications, the findings detailed that the group of researchers was able to decode the contents of a letter by first scanning it with an advanced X-ray microtomography scanner. With the scan offering up a three-dimensional image, officials then used computer analysis to piece together the pieces of virtual parchment.

“The scanning technology is similar to medical CT scanners, but using much more intense X-rays which allow us to see the minute traces of metal in the ink used to write these letters,” David Mills, of Queen Mary University of London, explained in a statement accompanying a release. “The rest of the team were then able to take our scan images and turn them into letters they could open virtually and read for the first time in over 300 years."

​"We've been able to use our scanners to X-ray history,” Mills added.

In total, the team was able to virtually pry apart four undelivered letters dated from 1680 and 1706 that had been pulled from a postal trunk kept at The Hague. The historical treasure trove is known as the Brienne Collection and contains 577 locked letters.

Letters were placed inside the wooden trunk, which houses a total of 3,148 items, whenever any piece of correspondence was unable to be delivered to its intended address. The idea was to keep the letter inside the box with the hope that it would eventually be retrieved.

Courtesy of the Unlocking History Research Group Archive
A seventeenth-century trunk of letters bequeathed to the Dutch postal museum in The Hague. The trunk belonged to one of the most active postmaster and postmistress of the day, Simon and Marie de Brienne, a couple at the heart of European communication networks. The chest contains an extraordinary archive: 2600 "locked" letters sent from all over Europe to this axis of communication, none of which was never delivered. Sealed letterpackets from this trunk were scanned by X-ray microtomography and “virtually unfolded” to reveal their contents for the first time in centuries.

One of the letters translated by the team was dated July 31, 1697, and was sent from Lille, France by a man named Jacques Sennacque to his cousin Pierre Le Pers, who was working as a merchant in The Hague. After processing the letter, officials determined that Sennacque had requested a copy of a death certificate and asked for “news of your health.”

Having reviewed hundreds of thousands of letters, the team of researchers were also able to pinpoint 12 different formats of letterlocking, some of which turned out to be far more complex than others.

Other sources for further investigation include the hundreds of undelivered letters included in the Prize Papers archive, a collection of mail and other material that were confiscated from enemy ships by Britain from the 17th and 19th centuries.