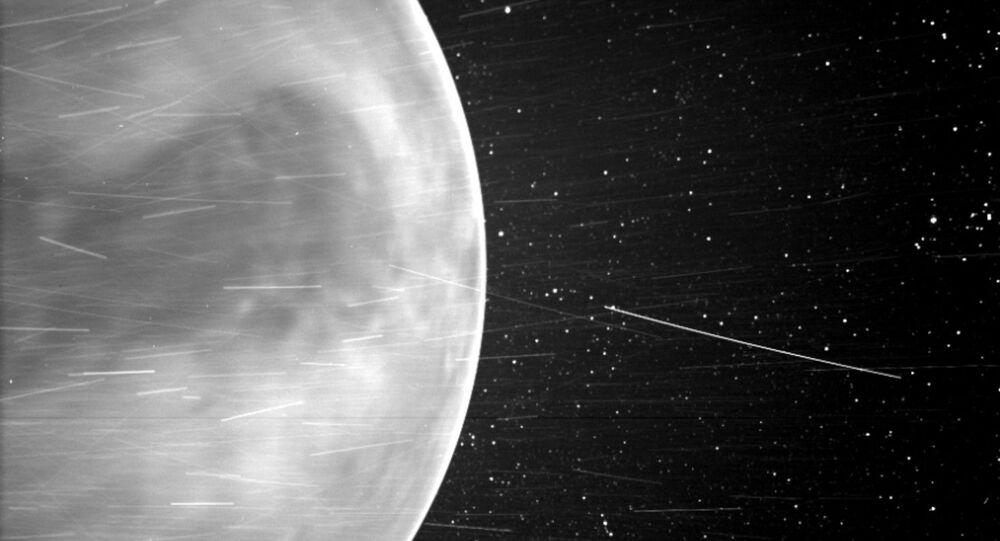 Launched in August 2018, NASA’s Parker Solar Probe is expected to revolutionize the scientific community’s understanding of the Sun by collecting new data and snapping multiple photos that will offer an explanation for the central star’s flow of energy and the dynamics of its source for solar winds, among other objectives.

Scientists at NASA recently revealed that the Parker Solar Probe may have made quite the unexpected discovery during a 2020 Venus flyby that gave officials a shockingly clear look at the Venusian surface.

The Parker Solar Probe was launched from Florida’s Cape Canaveral with the intent of becoming the US space agency’s closest eye on the Sun, as scientists seek to gain a better understanding of the inner workings of the yellow dwarf star.

However, in order for the probe to get up-close and personal with the Sun, it needs to use Venus’ gravity pull to slingshot itself closer toward the star. With every pass on its seven-year journey, the probe is expected to eventually study the Sun from a distance of about 4 million miles.

With its third Venus flyby in July 2020, the probe delivered a shocking find to scientists - it managed to get a clear shot of Venus’ surface, a difficult feat considering views of the planet’s surface are typically obstructed by its carbon dioxide-rich clouds. The image was snapped at a distance of 7,693 miles away from the planet’s nightside.

Courtesy of NASA
Annotated image provided by the US' National Aeronautics and Space Administration notes both the so-called "nightglow" detected around Venus, while also pinpointing Aphrodite Terra, the largest highland region on the Venusian surface. The clear image snapped by the Parker Solar Probe has left researchers wondering whether the probe is more sensitive to infrared light, or if it just managed to find a window that allowed it to peer through the planet's thick, carbon dioxide-rich clouds.

The Parker Solar Probe’s Wide-field Imager (WISPR) somehow managed to snap a clear image of Aphrodite Terra, a massive highland region near Venus’ equator. Researchers noted in a Wednesday release that the area appears darker in the image because its temperature is much lower than surrounding areas. Officials estimate the difference is about 85 degrees Fahrenheit.

“WISPR is tailored and tested for visible light observations,” Angelos Vourlidas, a WISPR project scientist, said in a statement accompanying the release. “We expected to see clouds, but the camera peered right through to the surface.”

It appears as though the probe’s newly obtained image means one of two things - it’s either more sensitive to infrared light than officials had believed, or it discovered a window that allowed its instruments to peer through the clouds and onto the Venusian surface.

“Either way,” Vourlidas said, “some exciting science opportunities await us.”

The WISPR team scheduled additional observations of Venus for February 20 in order to test their theory out; however, those images are not expected to be received and further processed until the end of April.

Sights of the Venusian surface weren’t the only discovery that the Parker Solar Probe provided. The WISPR image also detected a so-called “nightglow” around Venus that officials explained was likely caused by oxygen and nitrogen atoms that recombine in the nightside. As for the streaks seen crossing the image, scientists are still unsure as to what they may be.