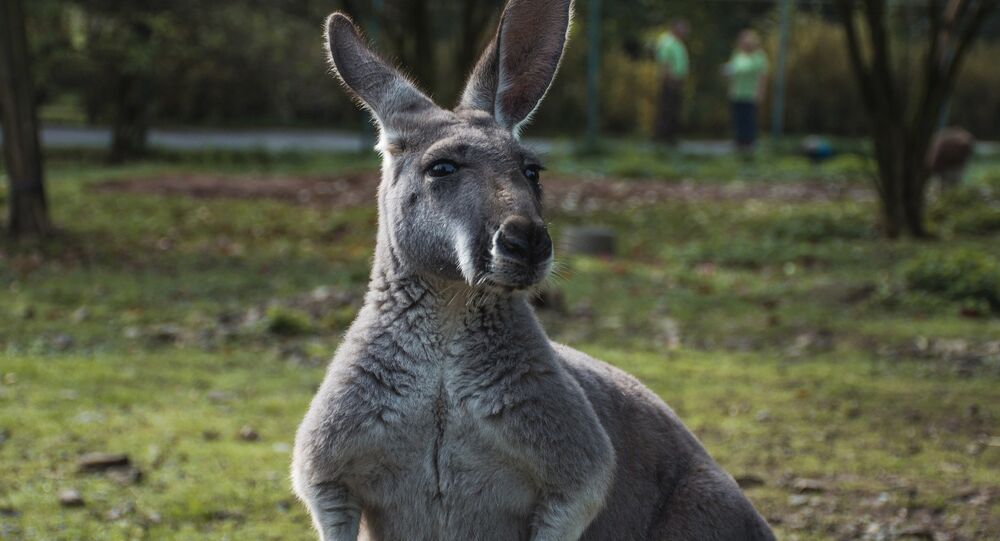 Found in the sparsely populated Kimberley region of Western Australia, the six-foot kangaroo was painted at the upside of a rock shelter.

Using radiocarbon dating of a mud wasp underneath and on top of the painting, scientists from the University of Western Australia estimated the painting to be around 17,300 years old with some degree of certainty. This makes the prehistoric artwork the oldest discovered in Australia.

The study, published in the Human Behavior publication of the seminal scientific journal Nature, also described how this innovative dating technique helped determine the ages of 16 motifs in the region.

Drawings of human figures, snakes and mystical creatures were all estimated to be between 13,000 and 17,000 years old.

"It’s important that Indigenous knowledge and stories are not lost and continue to be shared for generations to come. The dating of this oldest known painting in an Australian rock shelter holds a great deal of significance for Aboriginal people and Australians, and is an important part of Australia’s history," Cissy Gore-Birch, chair of the local Balanggarra Aboriginal Corporation, said in a statement to the university.

University of Western Australia archeologist, Sven Ouzman, said that the paintings are similar to the cave paintings announced earlier this year in Indonesia’s Sulawesi island, suggesting a cultural link.

A depiction of a pig on the walls of a cave in the major island’s cave was determined to be over 44,000 years old, the oldest known rock art to date.