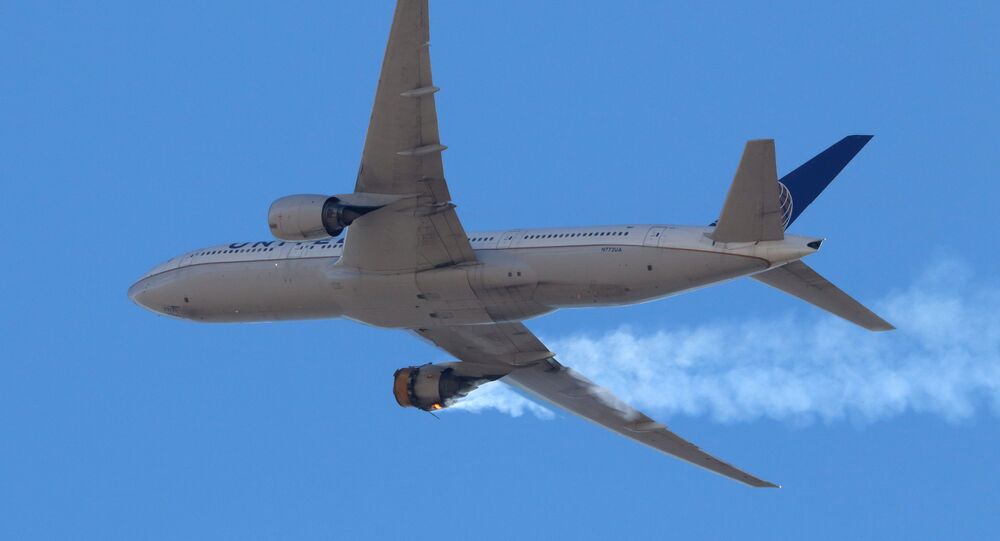 The National Transportation Safety Board (NTSB) on Monday provided an update on its investigation into United Airlines flight 328, revealing that the inlet and cowling separated from the Pratt & Whitney PW4000 turbofan aircraft engine, and that two of the engine’s fan blades were fractured.

In addition, the remaining fan blades “exhibited damage to the tips and leading edges,” Aviation Week reported. The inlet refers to a duct that is required for smooth airflow into an aircraft engine, while the cowling refers to the removable covering of an airplane’s engine.

The current probe is being carried out by the NTSB along with the Federal Aviation Administration, United Airlines, Boeing, Pratt & Whitney, the Air Line Pilots Association and the Independent Brotherhood of Teamsters.

On Sunday, FAA Administrator Steve Dickson revealed that the agency will order “immediate or stepped-up” inspections of the Pratt & Whitney PW4000 fan blades.

"After consulting with my team of aviation safety experts about yesterday's engine failure aboard a Boeing 777 airplane in Denver, I have directed them to issue an Emergency Airworthiness Directive that would require immediate or stepped-up inspections of Boeing 777 airplanes equipped with certain Pratt & Whitney PW4000 engines," Dickson said in a statement.

​After Dickson’s announcement, United Airlines said it would be immediately removing 24 Boeing 777 airplanes from its fleet that use the Pratt & Whitney PW4000.

​On Sunday, Boeing also issued a statement addressing the incident.

“Boeing is actively monitoring recent events related to United Airlines Flight 328. While the NTSB investigation is ongoing, we recommended suspending operations of the 69 in-service and 59 in-storage 777s powered by Pratt & Whitney 4000-112 engines until the FAA identifies the appropriate inspection protocol,” the statement read.

Also on Monday, Egyptair announced that it would be grounding four of its Boeing 777s in response to Boeing’s investigation.

The latest incident comes after Boeing has struggled to repair its reputation after the Boeing 737 MAX 8 in March 2019 was grounded worldwide after 346 people died in two crashes: Lion Air Flight 610 and Ethiopian Airlines Flight 302.

The aircraft’s new flight control system, the Maneuvering Characteristics Augmentation System (MCAS), was found to be the cause behind both deadly accidents. The MCAS, designed to be a safety feature, is supposed to evaluate sensor data and push the plane’s nose down to keep it from stalling in the event that the nose of the plane is too high.