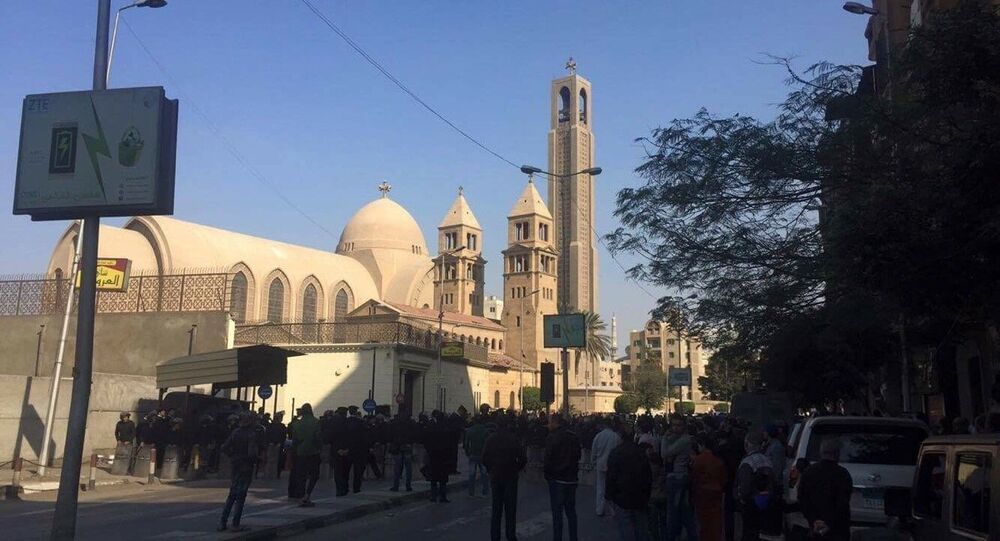 Quite a few important finds were made during traveller Robert Curzon's journey to Alexandria and Cairo, and more specifically, the Coptic monasteries found in the desert area, which are believed to have been set up by Christian ascetics arriving there to live in reclusion.

One of the most impressive treasures dating back to Ancient Egypt - a trove of unique Christian manuscripts, including one that was remarkably "never included in the Bible" – was discovered thanks to the efforts of traveller and diplomat Robert Curzon, as was recently revealed by archaeologist Dr Jeff Rose during the Smithsonian Channel's "Bible Hunters: In Search for Truth".

He recounted, as cited by the Express, how Curzon's 1833 journey led him to Egypt and "the majestic pyramids" – "the giant stone monsters" were not the only thing to pique the traveller's curiosity.

"A book collector with a passion for handwritten manuscripts, he wanted to find ancient biblical texts and bring them back to England for preservation", Rose went on, adding that Egypt's early Christian sanctuaries were certainly his targets as it is around Alexandria and beyond where "the monastic movement in the area began".

Rose went on to recount how monks who had left for the desert to live in solitude tended to band together in small but self-sufficient communities, which gave rise to the first monasteries.

"One of the oldest monasteries in Egypt, and the world, is the Syrian monastery 90 miles west of Cairo", the researchers explained, adding that back in 1834, it took Curzon almost two days to reach it by boat and camel, whereas today, it's within a two-hour bike ride.

Founded in the 6th century AD, the monastery was known for the wall paintings in its library of precious manuscripts, which were "littering the floor", lying "in complete disarray" all over.

"He saw himself as there to save the text from the thraldom of ignorant monks kept in their dark monastic dungeons", Rose went on, citing Curzon's experiences recorded in his "Visit to the Monasteries in the Levant" publication, which enjoyed as many as six editions by the year 1881.

"Fully bound Christian manuscripts, as well as several gospel fragments, are written in ancient Syriac, a language related to what Jesus spoke – they dated back to the fourth century AD", he explained.

One of the most precious finds, he said, was a biblical text – the acts of Peter and Paul that was never included in the Bible. The latter further raised questions at the time about the accuracy of the Bible as a whole, spawning speculation about if there were more texts omitted from the Book of Books.

In a bid to find more such manuscripts, Curzon set out on a second trip in 1838, visiting Mount Athos in northeastern Greece and buying five manuscripts from several monasteries in its vicinity, before returning to Egypt to make further purchases.

His discoveries subsequently led the British Museum to acquire the outstanding collection of Nitrian manuscripts, or Codex Nitriensis, a 6th-century Greek New Testament codex containing fragments of the Gospel of Luke.

At Least 35 Coptic Christians, Including Children, Dead After Attack on Bus