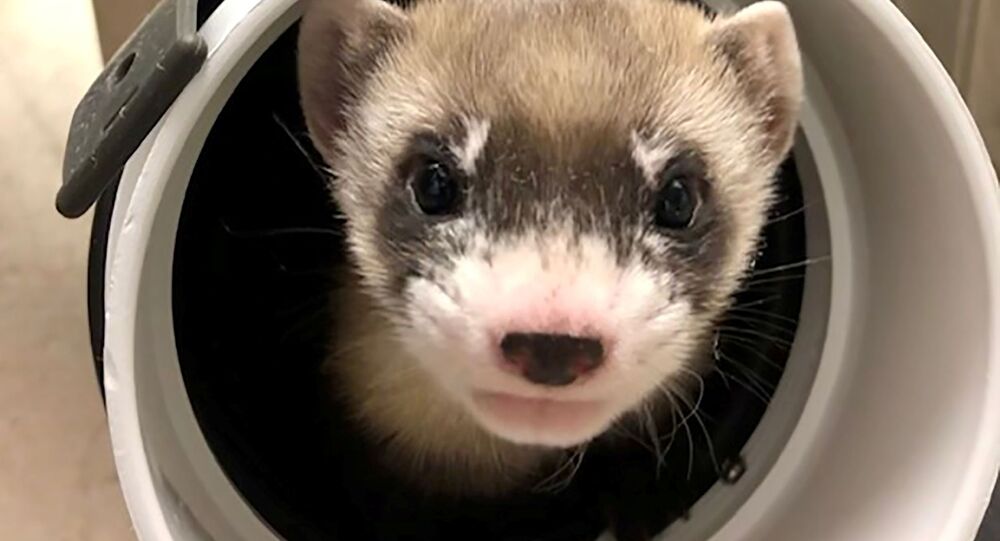 A newborn ferret named Elizabeth Ann is a genetic copy of another creature called Willa, whose cells were collected after death and successfully used in the cloning.

Scientists from the US have successfully cloned a highly-endangered black-footed ferret using the cryopreserved cells of another female ferret, who died several decades ago, the US Fish and Wildlife service reported on Thursday.

​Elizabeth Ann is the first indigenous species to be cloned in the US, marking a seminal contribution to genetic cloning. The scientists believe that Elizabeth's birth will further help to address genetic barriers in many endangered creatures.

The cloned ferret was born on 10 December 2020. To make the first cloning of a North American species come true, the researchers put a cloned embryo into a surrogate ferret from the pet genetic company ViaGen Pets & Equine. ​

© AFP 2021 / FRANK PERRY
First Cloned Horse to Appear in China
The scientists suggest cloning is a new tool that may pave the way to supplementing such measures as habitat protection, disease control, and wild population surveys.

At present, the ferret is being held at the US Fish and Wildlife Service's Black-Footed Ferret Conservation Centre in Colorado and will not be released into the wild, the scientists added.

The black-footed ferret is one of the most endangered mammals in North America and the only wild ferret species there.