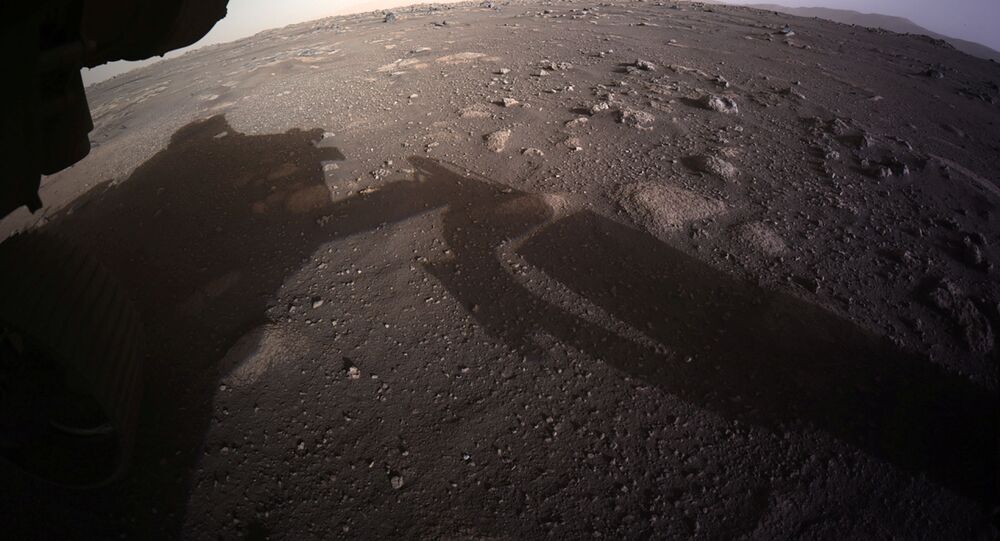 WASHINGTON (Sputnik) - The Perseverance Rover is "doing great" and successfully transmitting data back to Earth after a soft landing on the surface of Mars, National Aeronautics and Space Administration (NASA) engineers told a press conference at the Jet Propulsion Laboratory (JPL) in Pasadena, California on Friday.

On Thursday, NASA's Perseverance landed on Mars to explore the dry-bed of an ancient lake and river delta for signs of microbial life that could have lived in a watery environment three million years ago.

"The Rover is doing great on the surface of Mars and continues to be highly functional and awesome and I'm exhilarated," mission operations system manager Pauline Hwang said. "Power system is nominal. Yesterday we had three highly successful ULF relay passes. We got more Rover engineering data and imagery. We processed more camera images."

The Rover has already transmitted its first photographs to Earth, exciting scientists with its view of rocks that appear to have large numbers of small holes caused by sedimentary or volcanic processes, Hwang said. But it would be at least 60 "solar" or Martian days which are slightly longer than Earth ones before its helicopter Ingenuity would fly, she said.

The moment that my team dreamed of for years, now a reality. Dare mighty things. #CountdownToMars pic.twitter.com/8SgV53S9KG

© REUTERS / NASA/JPL-Caltech
The descent stage holding NASA?s Perseverance rover can be seen falling through the Martian atmosphere, its parachute trailing behind, in this image taken on February 18, 2021, by the High Resolution Imaging Experiment (HiRISE) camera aboard the Mars Reconnaissance Orbiter.
© CC0
Mars’ Gravity Waves Make Red Planet Increasingly Inhospitable to Life, Research Says
"Once we get into surface flight software, we will get into the next upgrades. [The] earliest we can do helicopter flights may be till Sol 60 (60 Martian days) if we're super fast. There is still work to go to find a 'helicopter pad,' a good site for the helicopter to fly from," she said.

Perseverance is the fifth Mars rover launched by NASA. The rover has a drill and other instruments to collect samples of Martian rocks and soil. Perseverance includes devices to prepare for future exploration of the Red Planet, including a machine the size of a car battery that will attempt to make oxygen from Martian carbon dioxide. Strapped to the rover's underbelly, a tiny helicopter named Ingenuity will attempt to explore the nearby surface by navigating the planet's thin atmosphere.

On Saturday, NASA engineers will check out more of the Rover's instruments and raise its communications mast, Hwang said. A primary objective for the mission is to search for signs of ancient microbial life. The Rover will also study Mars' geology and past climate and be the first mission to collect and cache the planet's rocks, NASA said.