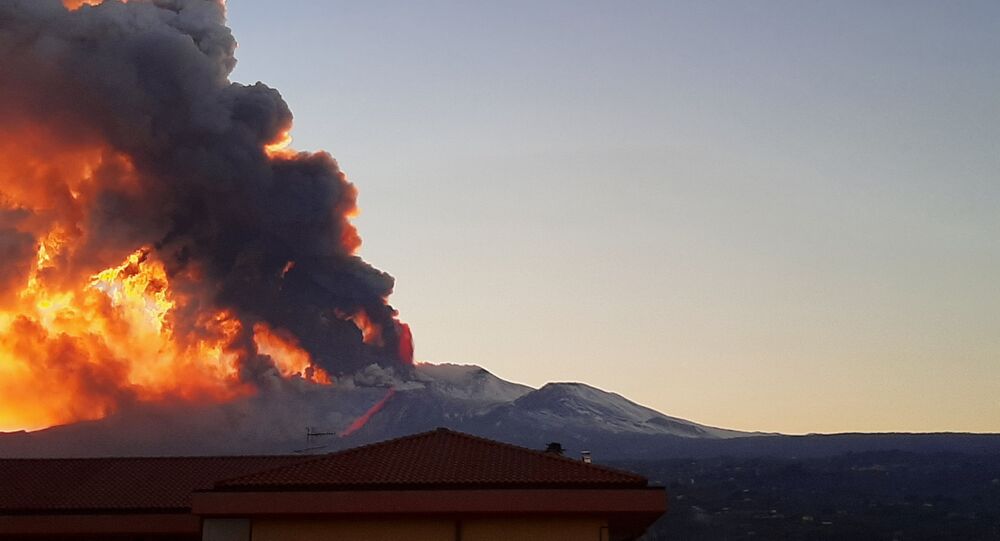 It's been known for quite some time that the so-called Roof of the Mediterranean has been on the move, with the fact raising the worrying recurrence of the highest volcano in Europe sending towers of glowing lava and ash into the sky.

The last time Europe's most active volcano, Mt. Etna on the island of Sicily, erupted was last Wednesday, prompting renewed concerns about a potentially graver threat, akin to the Plinian eruption of Mount Vesuvius in 79 AD, which literally buried the Roman cities of Herculaneum and Pompeii, as described in a letter by Pliny the Younger.

This is by far not the only and perhaps not the biggest imminent threat the volcano poses, as scientists previously found that the fiery Sicilian mountain, the slopes of which are home to roughly one million people, is slowly but steadily sliding into the Mediterranean Sea.

Since 2018, researchers have been observing the movement of the volcano in its entirety, making use of over 100 GPS stations scattered across the vicinity of Etna.

At least two studies conducted in the past year show that if part of the volcano near the shoreline grows unstable and ultimately falls into the water, the event potentially caused by gravity and some other internal factors like "magmatic forces", could set off mega-tsunamis that would potentially ruin the shores of the eastern Mediterranean.

"A massive collapse would be a disaster for a vast and densely populated area", explained Boris Behncke, a vulcanologist from the Etna Observatory at Italy's National Institute of Geophysics and Volcanology.

During a number of Etna’s recent eruptions, monitoring devices recorded movements of tens of feet. The most recent data indicated that from 2001 to 2012 Etna moved toward the Ionian Sea in a southeasterly direction at a rate of 0.6 inches (about 14 millimetres) every year.

"Previous studies of long-extinct volcanoes found those sliding downslope in a similar way have resulted in catastrophic landslides later in their history. Constant movement could contribute to a major landslide along Etna's coast, causing devastating tsunamis to the surrounding areas", researcher Dr John Murray shared.

Geophysicist Heidrun Kopp from the Geomar Helmholtz Centre for Ocean Research in Germany, for his part, noted that it was "quite possible that it could collapse catastrophically, which could trigger a tsunami in the entire Mediterranean".