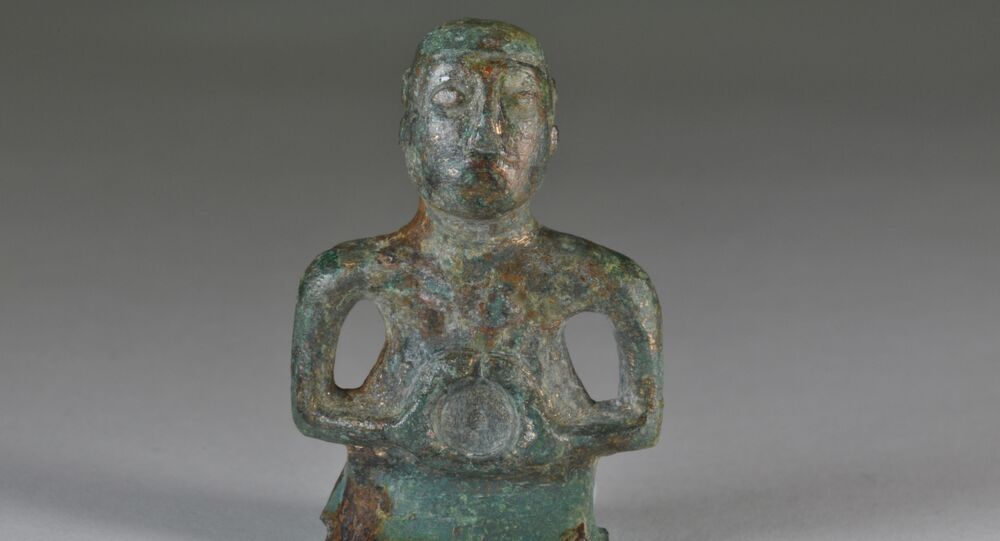 Our distant ancestors are often portrayed as a less intelligent species who cared little about hygiene and looks, but it seems the latter is a misconception, as a new discovery has revealed they actually sported fly haircuts. Yes, you read that correctly, our forebears were so ritzy they left even Ryan Gosling and other heartthrobs in the dust.

A small figurine, dating back to the 1st century AD, has revealed that ancient Britons favoured a hairstyle that became popular at the end of 20th century. The 5cm-tall copper figure was discovered at the National Trust's Wimpole Estate in England in 2018, but archaeologists noticed its remarkable features only after it was cleaned.

The tiny statue depicts a man with a moustache and what appears to be a mullet haircut – a hairdo that is short at the front and sides and long at the back.

The archaeologists say the discovery gives us "a tantalizing glimpse into" the appearance of our ancestors.

"This figure is an exceptional find and thanks to careful conservation and cleaning, we can now see some remarkable detail", said Shannon Hogan, National Trust archaeologist for the East of England.

A Deity or an Average Man?

Scientists have still not established who the person the figurine depicts is. At first, they suggested that the statue shows a Celtic deity (most likely Cernunnos, the god of fertility), pointing to the fact that the man is holding a torque, an open-ended metal neck ring, which is a symbol of power and high status. Later, researchers suggested that he might represent an average man.

© CC0
Centuries-Old Stone Sarcophagi 'Rediscovered' at a Zoo in Israel

"We have so few visual or written depictions from the Romans of what the native people looked like, so it’s tempting to say he was designed based on what people looked like or what the current styles or current trends were then", said Shannon Hogan adding that the tiny statue could have been made by the Romans, who invaded Britain in 43 AD.

The figurine was discovered together with 300 metal objects, including coins, brooches, horse harnesses, and Roman military uniform fittings.