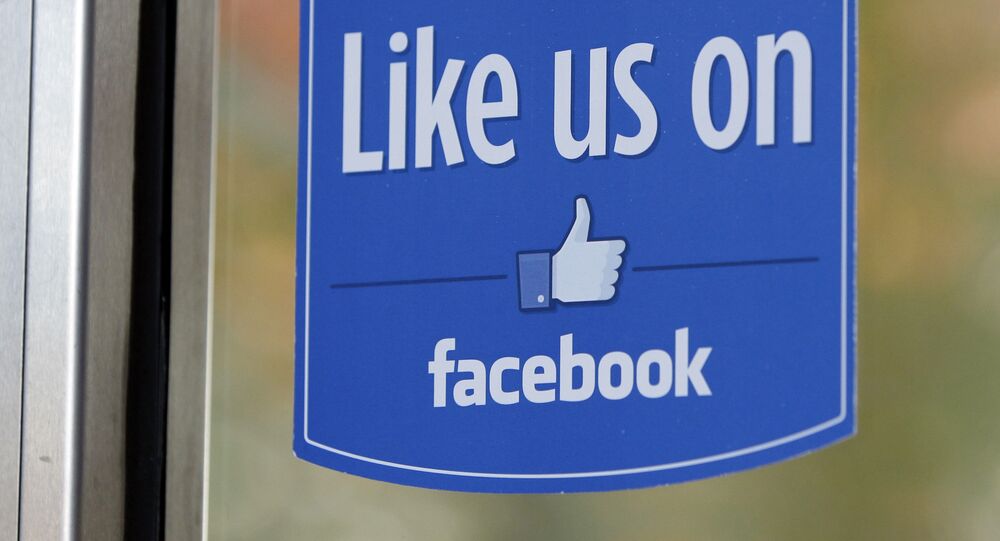 In recent weeks, the social media giant purged hundreds of accounts from across the political spectrum, ranging from former President Donald Trump to US left wing groups. This week, leaked videos of communications between Mark Zuckerberg and other execs revealed Facebook’s plans to “work with” the Biden team “on some of their top priorities.”

Facebook is considering flagging the term “Zionist” as a form of anti-Semitic hate speech, according to an internal email sent by an employee to an unknown outside party procured by a grassroots initiative.

The email, dated 10 November 2020, and sent by an employee of Facebook’s Content Policy Stakeholder Engagement division, says the social media giant is “looking at the question of how we should interpret attacks on ‘Zionists’ to determine whether the term is used as a proxy for attacking Jewish or Israeli people.”

According to the employee, the term "Zionist" “brings with it much history and various meanings, and we are looking to increase our understanding of how it is used by people on our platform.”

“We wanted to ask whether you would be willing to have a conversation with us about ‘Zionist’ in the context of our policies. We are happy to provide you with more information when we speak,” the appeal to the unknown recipient adds.

The email was published on facebookweneedtotalk.org, a new grassroots campaign organised by Jewish Voices for Peace, a California-based activist group which describes itself as an enemy of “anti-Jewish, anti-Muslim, and anti-Arab bigotry and oppression,” and which seeks a "just settlement" to the Israeli-Palestinian conflict.

© CC BY 2.0 / Anthony Quintano / Mark Zuckerberg
Watch Mark Zuckerberg Trash Trump, Pledge to ‘Work With’ Biden in Leaked Internal Videos
The campaign encourages users to sign a petition addressed to Facebook CEO Mark Zuckerberg and COO Sheryl Sandberg, and expresses “deep concern” over the company’s alleged “proposed revision of its hate speech policy to consider "Zionist" as a proxy for "Jew" or "Jewish." ” The group suggests that the “proposed policy would too easily mischaracterise conversations about Zionists – and by extension, Zionism – as inherently anti-Semitic, harming Facebook users and undermining efforts to dismantle real anti-Semitism and all forms of racism, extremism, and oppression.”

Facebook confirmed the authenticity of the email to The Verge, but denied that it has any plans to brand the word ‘Zionism’ as hate speech for the time being. “Under our current policies, we allow the term ‘Zionist’ in political discourse, but remove it when it’s used as a proxy for Jews or Israelis in a dehumanising or violent way,” a spokesperson told the outlet.

The tech company already revised its policy on anti-Semitic hate speech last year after being lobbied by a broad coalition of US and Israel-based groups, removing all content that denies or distorts the Holocaust, and banning a number of white supremacist, militia groups, and QAnon accounts. Late last year, a second policy update promised to automatically block slurs against Jews, gays, and other minorities.

Along with Jewish Voices for Peace, the facebookweneedtotalk.org campaign has garnered the support of dozens of activist groups, including the National Lawyers Guild, the US Campaign for Palestinian Rights, and Independent Jewish Voices Canada, among others.

© Photo : Leah Millis
Facebook to Permanently Impose Limits on Political Content, Zuckerberg Says
The Israeli government and some pro-Israeli non-profits have made the argument that use of the term “anti-Zionism” is a “form of anti-Semitism” that must be combatted like other forms of hate speech. Others, including some members of the Jewish faith, have urged people not to conflate Judaism – a religion with a history spanning thousands of years, with Zionism, a national and political ideology which emerged in the late 19th century and which promotes the idea of a Jewish national homeland in the geographic region of Palestine. Anti-Zionist Jewish groups exist in Israel, the United States, and elsewhere, and have regularly joined pro-Palestinian and anti-war groups in protests against the Israeli government’s domestic and foreign policies.
...
Reddit
Google+
Blogger
Pinterest
StumbleUpon
Telegram
WhatsApp
351