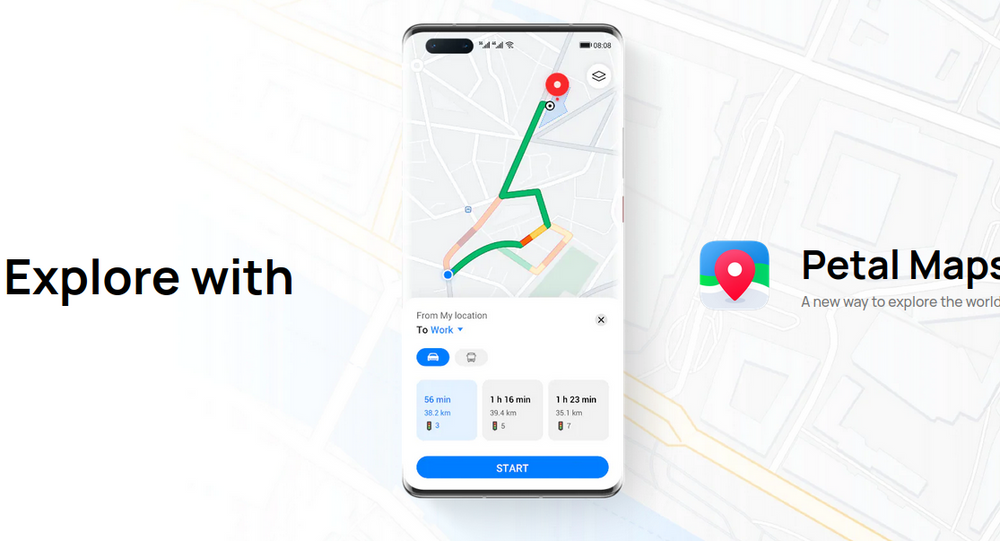 The app is the Chinese tech giant's answer to Google Maps after access to Google Mobile Services (GMS) was blocked under the former Trump administration in 2019. The measures forced the firm to develop its own alternative operating system and mobile service platform in a bid to decouple from foreign technologies used in China's massive tech market.

Huawei's Petal Maps has been released across several devices running EMUI 11 and Huawei Mobile Services (HMS) as a viable alternative to Google apps amid the ongoing trade war and China's major transition away from US technologies.

Version 1.5.0.300(001) was released on 30 January for some devices and features a major overhaul of the initial launch, which served at a starting point for the programme's overall functionality. Here are some of the top changes.

Public transport options have been upgraded, allowing users to plan their journeys via bus, Underground, car, walking or cycling. The latest upgrade allows real-time public transport and traffic updates, alerting when the next bus or train will arrive at the station, and includes traffic conditions such as weather, road closures and accidents, among others.

Estimated journey times are straightforward and accurate, with options to set Home and Work locations and a full journey planner with multiple route options per travel. Bus and train stations in the journeys are also noted from start to finish.

There is currently no option to locate exact platforms to take at train stations, but may be featured in further updates, and there is also currently no integration with popular ride-hailing and taxi apps such as Uber, Lyft, Gett, FREE NOW and Bolt.

Data from Petal Maps is synced to Huawei Cloud, where Favourites and history are stored for use across multiple devices. Cloud syncing can be enabled or disabled depending on user preferences, and is interoperable with devices running HMS.

Dark Mode changes the colour scheme for use in the daytime and at night, with a default setting to follow the device's system clock, reducing eye strain in numerous driving and transport positions.

Distance units can also be changed from kilometres or miles, depending on user preferences. Hand gestures such as swiping and covering the device have been added for extra functionality such as changing routes and muting the app.

For those tracking their top spots in the city or mapping out a constellation of their favourite holiday destinations, Petal Maps provides Favourites across all locations with syncing to Huawei Mobile Cloud. Location information is provided, including type of venue, address and contact details such as website and email addresses as well as telephone numbers.

Mapping data on popular venues has also been updated, and the option to explore restaurants, cafes, groceries, petrol stations and car parks in a selected area is also available for discovering something new.

A photo upload service should be included in future updates to allow users to post shots of their favourite places.

According to a press statement, the app is a joint venture between Dutch tech firm TomTom and will provide seamless integration on the HMS ecosystem and HarmonyOS for smartphones, wearables, tablets and other devices in 2021.

Following US trade restrictions, the Shenzhen-based firm vowed to invest in research and development (R&D) as well as reduce dependence on foreign tech, adding it would allow Chinese smartphone firms to use its HarmonyOS operating system if blocked from Google's platform in the future.