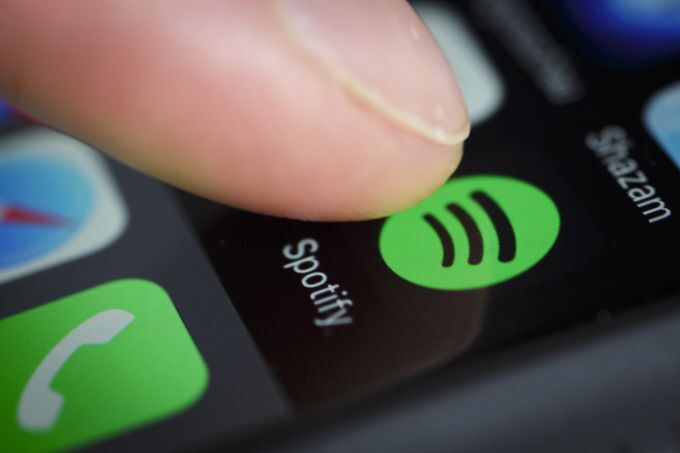 Created in Sweden, audio streaming platform Spotify is recognized worldwide as one of the best algorithms for suggesting music according to the tastes and preferences of the user.

Spotify has been granted a patent for technology that will reportedly allow the platform to personalize music content based on user speech, emotion and even accent, Axios reported on Saturday.

Apparently aiming to dig deeper into the personality of its users, Spotify in its new patent, has introduced a “method for processing a provided audio signal that includes speech content and background noise” and then “identifying playable content, based on the processed audio signal content.”

The new technology will reportedly be able to detect “emotional state, gender, age, or accent” of the one using the app and then classify the data into categories including "happy, angry, sad or neutral” by analyzing so-called 'environmental metadata'.

This metadata can include any background noise that surround the user, such as “sounds from vehicles on a street, other people talking, birds chirping, printers printing, and so on”.

The collected data will be processed in accordance with Parrot's emotional framework - a tree-structured list of emotions that includes different levels - and a hidden Markov model, the architecture used to statistically determine unknown states by observing those known.

It is not currently known as to whether the new technology will actually be implemented into the app, as not everything that gets a patent can later make it into the real world.

"Spotify has filed patent applications for hundreds of inventions, and we regularly file new applications. Some of these patents become part of future products, while others don't", a spokesperson for Spotify told Pitchfork. "Our ambition is to create the best audio experience out there, but we don't have any news to share at this time."

After the news broke, netizens took to Twitter to discuss Spotify's reported innovation. Some made hilarious suggestions regarding how the technology might work...

Drop one "no cap" and you're listening to Young Thug and Future for the rest of the month, whether you like it or not.

​...while others questioned the method and raised concerns that it could be guided by stereotypes.

Interested to know exactly how this would work. More specifically, when would it be active? When the app’s open? When your device is on? When you turn it on? Whatever the answer, I’m definitely not happy that it will likely play on stereotypes/generalisations. Accent? Really?

"the f**k is this nonsense? i don't want to be recorded", one of the users resented.

If you have a British accent you’re more likely to listen to British artists? Same goes for basically any group of people it’s pretty basic.

"​Wait did they just say they would recommend music based on “accent”!? I’m sorry f**king what does your accent have to do with your taste in music!?", another netizen wondered.

According to reports, the technology is the latest in patents granted to Spotify, as the company earlier was granted patents for a "karaoke-like" feature that allows the user to overlay music tracks with their own vocals, along with a patent for a geo-tag advertising technology that would use '3D audio'. These features have not as yet been implemented into the platform.