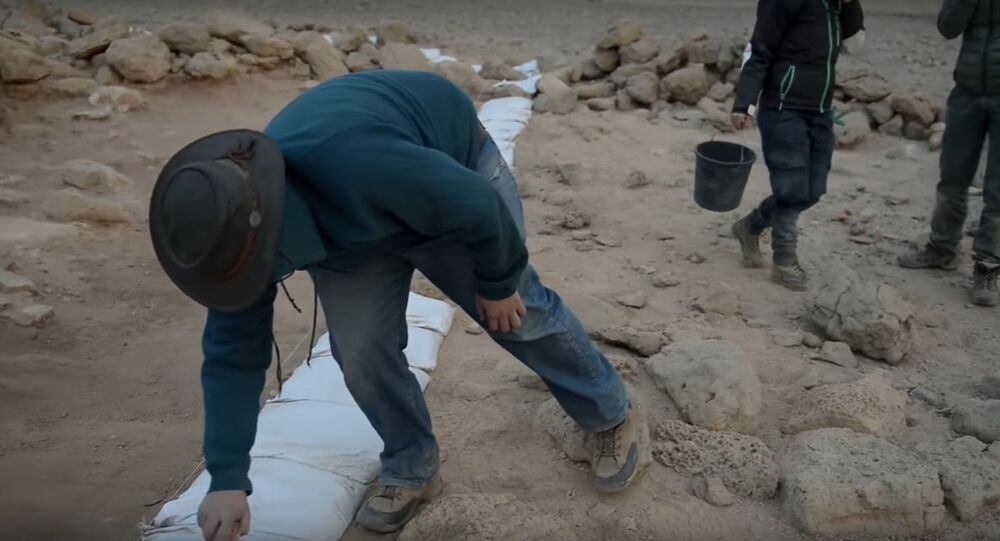 The one-of-a-kind fabrics were found in the Timna Valley, an ancient district in southern Israel that has historically been engaged in copper production.

Israeli archaeologists have unearthed scraps of purple-dyed fabric claimed to date back to the Old Testament and King David's and King Solomon's era, Tel Aviv University (TAU) said in a statement, referring to their recent study published in the journal PLOS ONE.

The trove found includes remnants of woven fabric, a tassel, and fibres of wool dyed in royal purple – something supposedly produced from mollusks living in the Mediterranean Sea and often mentioned in the Bible, in an array of Jewish and Christian contexts alike.

The assumed origins of the find led the team to believe that the society in Timna Valley, an ancient copper production district in southern Israel, where the fabrics were found, must have maintained trade relations with other peoples who lived on the coastal plain.

An amazing discovery: an ancient cloth with the purple dye was found in southern Israel, dated to Kings David and Solomon's era, 3000 years ago. Only Jewish kings, priests and nobelmen wore that color then. pic.twitter.com/JE8YO9EDzu

Professor Ben-Yosef, of Tel Aviv University's Archaeology Department, has identified the copper-production centre at Timna to be part of the biblical Kingdom of Edom - "a kingdom of nomads in the early Iron Age", the academic noted, arguing that this find could have stunning ramifications for archaeologists searching for King David's palace, in particular.

"[King] David may not have expressed his wealth in splendid buildings, but with objects more suited to a nomadic heritage such as textiles and artefacts", he explained, stressing it would be wrong to assume that in the absence of some grand building found on the spot "biblical descriptions of the United Monarchy in Jerusalem must be literary fiction".

This is the first time that such Iron Age-dated textiles have been found throughout the Southern Levant, the researchers noted commenting on their joint archaeological endeavour with Bar-Ilan University, also based in the Tel Aviv district.

"Identifying the organic dye colourants in archaeological textiles is a complex task due to the low concentration of the molecules in the fibres and the limited amount of material available for destructive analysis", the study says, with the researchers pointing out a close association in antiquity of purple with royalty, nobility, and the clergy.

"The gorgeous shade of purple, the fact that it does not fade, and the difficulty in producing the dye all made it the most highly valued, with often higher cost than gold", the researchers pointed out depicting the purported wealth of the said nomadic society.