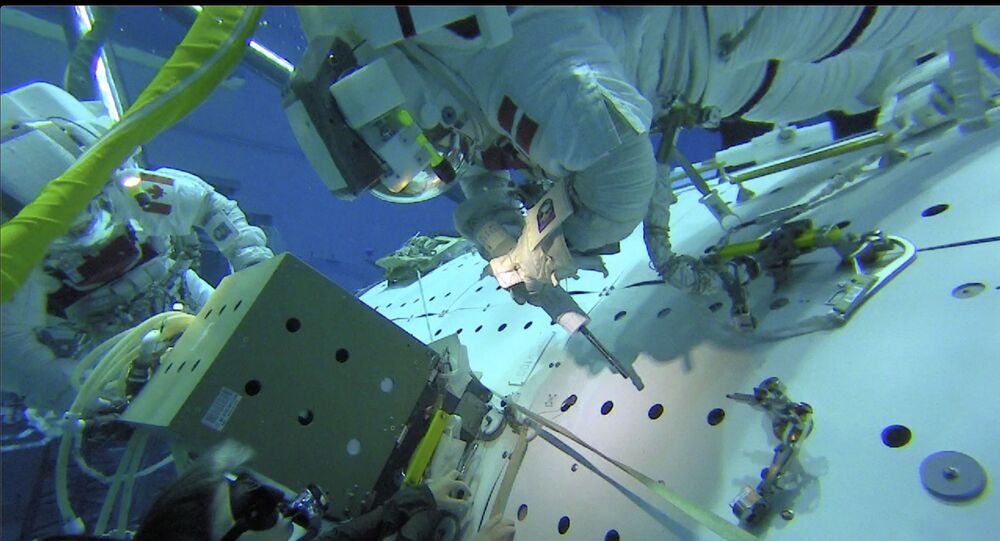 Two astronauts will install a new type of technology backed by the UK government on the International Space Station, the UK Space Agency announced on Wednesday.

The Columbus Ka-band Terminal (ColKa) will facilitate experiments in space, including radiation, medical and biomining research, for UK and European scientists.

© REUTERS / CNSA
China's Chang'e Space Programme to Study Possibility of Permanent Moon Base in Five Years, CNSA Says
Researchers and astronauts will communicate between the ISS and Earth via broadband speeds, replacing data recorded on a hard drive, previously taking months to receive and risking data loss in transit.

Data transit speeds will reduce communication time to a day or two, according to Britain's space agency, and will be transmitted to a ground station in Oxfordshire for transfer to the Columbus Control Centre and others across Europe.

"This mission to install pioneering UK-built technology in space exemplifies how government backing is helping our most innovative companies push the boundaries of what we can achieve in space as well as back home on Earth," she added.

David Kenyan, managing director at MDK UK in Harnwell, which designed and built the ColKa module, said his firm was "extremely excited" the ColKa had entered service, adding the new system would bring "tremendous benefit" to the ESA.

"This system is our first flight system developed through MDA UK, and we now have equipment for another seven flight missions, including four lunar systems, under development in Harwell," he added.

© AP Photo / J. Scott Applewhite
Blockchain, AI Ethics Among Top 10 Next Geopolitics Risks in 2021, Leading Futurism Consultancy Says
The programme will aim to retrieve samples from the Moon and Mars, and back US efforts to build a "sustainable" presence on the Moon. UK scientists currently have 17 experiments at the ISS and a further 33 for future programmes.

The announcement comes a day after the UK signed an agreement with the United Nations Committee on the Peaceful Uses of Outer Space (COPUOS) and pledged an additional £85,000 to boost space sustainability, following concerns on increased risks of collisions from space debris orbiting the Earth.