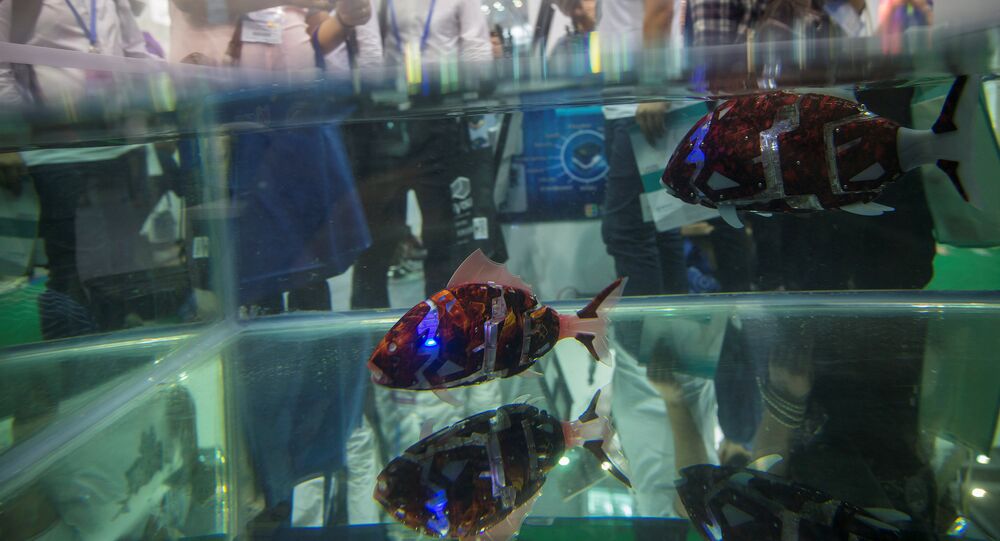 The study explored 30 individual metrics such as research activity, business development, investment and human talent and found that China was steadily rising against the United States in the emerging technology, adding Brexit would also impact Europe's AI capacity, a report from a leading think tank on technology based in Washington found.

China is catching up to the United States in the ongoing rivalry for the top spot as the global leader in artificial intelligence (AI), research from a top think tank on science and technology revealed on Monday.

© AP Photo / Ng Han Guan
China Economy Rose 6.5 Percent in Q4 Due to COVID-19 Controls, Will Surpass US by 2028, Reports Say
Despite the US leading in the development and implementation of AI, China is quickly rising and the European Union is lagging behind the former two, the report from the Information Technology and Innovation Foundation found.

While the US leads in startup investment and research and development (R&D), China was making significant progress and held the largest number of supercomputers in the world at 214, compared to 113 and 91 in the US and EU, respectively

“The Chinese government has made AI a top priority and the results are showing. The United States and European Union need to pay attention to what China is doing and respond, because nations that lead in the development and use of AI will shape its future and significantly improve their economic competitiveness, while those that fall behind risk losing competitiveness in key industries,” Daniel Castro, ITIF innovation centre director and lead report author said as quoted by the South China Morning Post.

But the EU was behind in investments, including venture capital and private equity funding, but scored higher in the number of published research papers compared with the US, the report added.

The EU's AI capabilities had also been diminished by the United Kingdom's exit from the bloc "both in absolute terms and on a per-capita basis", the report added.

China Steps Up Made in 2025 Initiative, Funding Amid Trade War

The report comes amid China's increased efforts to invest in emerging technologies via a $1.4tn initiative in line with the State Council's Made in China programme aimed at decoupling the mainland from foreign technologies. The plan will invest in new technologies in AI, semiconductors, green energy, 5G and infrastructure, among many others, over the next five years.

© Flickr / Wikipedia/Tage Olsin
Huawei Launches Legal Challenge Against Sweden After 5G Auction Exclusion Amid Tech Nationalism Rise
The news follows Washington's acrimonious trade war with Beijing under the Trump administration, who restricted numerous Chinese tech firms from access to US technologies, including major chipmakers and software firms in May 2019.

The former Trump administration also blacklisted key Chinese firms such as Huawei, ZTE, Shanghai-based chipmaker SMIC, and over 70 others in recent months, citing national security concerns, which Beijing has repeatedly refuted as false.

Washington also blocked access to Beijing-based tech firm Xiaomi and telcos such as China Unicom, China Mobile and China Telecom in a last-ditch effort for US president Donald Trump to expand his administration's trade war before leaving office.