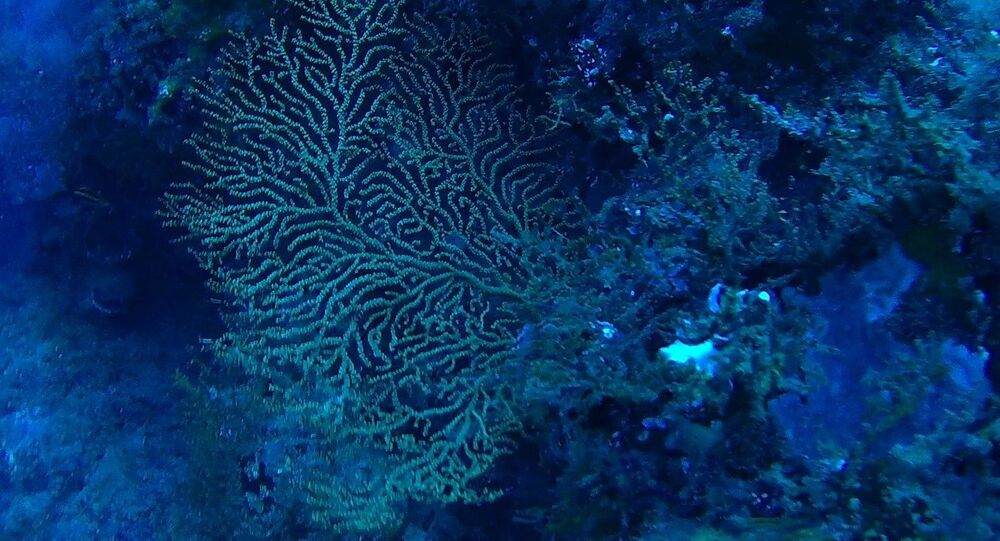 Funded by the European Union, the $11 million ATLAS project involved the participation of 13 nations and more than 80 scientists and student volunteers. The expedition was considered the largest-ever oceanic enterprise, as officials hoped to gain a better understanding of the water, seafloor, currents and creatures living within the Atlantic.

In concluding their yearslong study, researchers recently announced their project led to the discovery of 12 deep-sea species that had not been previously known to scientists, including new kinds of coral.

Officials noted in their findings that among the several new discoveries was a coral growth known as Epizoanthus martinsae, which researchers explained thrives on black corals located more than 1,300 feet below the ocean surface.

Two moss animals known as Microporella funbio, which was discovered near an undersea mud volcano along the Spanish coast, and Antropora gemarita were also found in the Atlantic waters. Researchers detailed that Antropora gemarita happens to feed on particles of food that are suspended in the water.

The team of researchers also found up to 35 species in parts of the Atlantic Ocean where they were not previously known to exist.

"We found whole communities formed by sponges or deep ocean corals that form the cities of the deep sea," Murray Roberts, who led the ATLAS project, told the BBC. "They support life. So really important fish use these places as spawning grounds.”

"If those cities are damaged by destructive human uses, those fish have nowhere to spawn and the function of those whole ecosystems is lost for future generations.”

"It's like understanding that the rainforest is an important place for biodiversity on the land; the same is true of the deep sea - there are important places that need to be protected and, crucially, they are all connected," the University of Edinburgh professor added.

Courtesy of the University of Edinburgh/ATLAS Project
Image provided by the ATLAS Project documents black corals and crabs at the Rockall Bank.

Additionally, the study also found more evidence that greenhouse gases were contributing to rising temperatures and as a result were slowing currents and increasing ocean acidity, much to the detriment of delicate coral reefs. Officials estimated about 50% of cold water coral habitats were at risk from global warming.

In a statement to the Australian Broadcasting Corporation, Roberts stated that coral “skeletons are getting more porous as that slightly acidic sea water corrodes and damages their skeleton.”

While mapping ocean currents, officials also uncovered a field of hydrothermal vents in the Azores, an autonomous region of Portugal. Hot springs along the ocean floor are known for supporting marine life such as yeti crabs and scaly-foot gastropods, as well as tube worms and vent mussels.

As deep-sea dives were not an option for the study, officials largely relied on the use of undersea robots that were able to retrieve various scientific specimens. The multi-year study has so far resulted in the publication of 113 peer-reviewed research papers, according to Science Alert, which also reported that 98 additional studies are expected.

Researchers intend to launch a new study to undertake a deeper examination of the southern Atlantic waters, which will last until at least 2023.