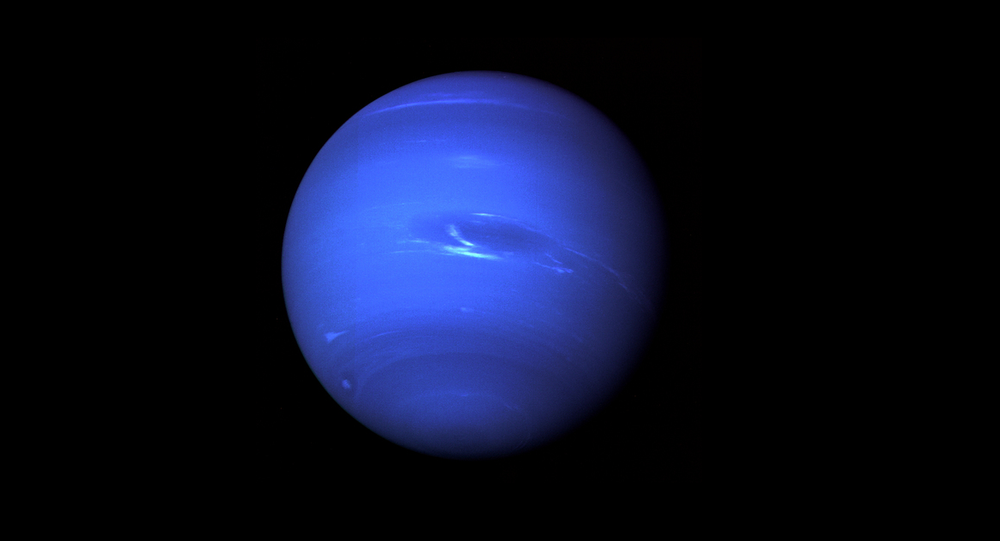 The Hubble Space Telescope has been NASA’s only way to study the details of our solar system’s outermost planet since the Voyager 2 probe whisked by it in 1989. Neptune’s mysterious “dark spot” storms, found to come and go in a couple of years, have so far defied explanation.

According to a new report by NASA, Neptune’s latest massive storm has engaged in some unexpected behavior in the last few months, dodging what scientists believed to be a certain death in the gassy planet’s equatorial zone and spawning a smaller storm in the process.

When Voyager 2 photographed Neptune for the first time in 1989, it revealed a large, whirling storm in the blue planet’s southern hemisphere that NASA astronomers initially believed analogous to Jupiter’s Great Red Spot, which has been whirling at least since Giovanni Cassini pointed a telescope at it more than 350 years ago. However, that proved not to be true, and they now know Neptune’s storms last about two years.

The present “dark spot” storm, this time in Neptune’s northern hemisphere, was first spotted in 2018, meaning it was likely on its way toward dissipation as it slowly but inescapably slunk toward the planet’s equator, where the coriolis effect keeping it whirling would fall apart. However, the storm didn’t do that: instead, it seems to have spawned a second, smaller storm, dubbed “Dark Spot Jr.,” and reversed course, heading back northward again.

"We are excited about these observations because this smaller dark fragment is potentially part of the dark spot’s disruption process," Michael H. Wong, of the University of California at Berkeley, said in the NASA news release. "This is a process that's never been observed. We have seen some other dark spots fading away and they're gone, but we've never seen anything disrupt, even though it’s predicted in computer simulations."

"Maybe by shedding that fragment, that was enough to stop it from moving towards the equator,” Wong added.

The storm is 4,600 miles across -  larger than the Atlantic Ocean - and is actually a high-pressure system, making it distinctly different from low-pressure storms like hurricanes. The gaseous atmosphere it swirls in is made up primarily of hydrogen and helium, but also contains icy forms of water, ammonia and methane. Being 30 times as far from the sun as the Earth is, the tops of Neptune’s clouds are a frigid negative 218 degrees Celsius.