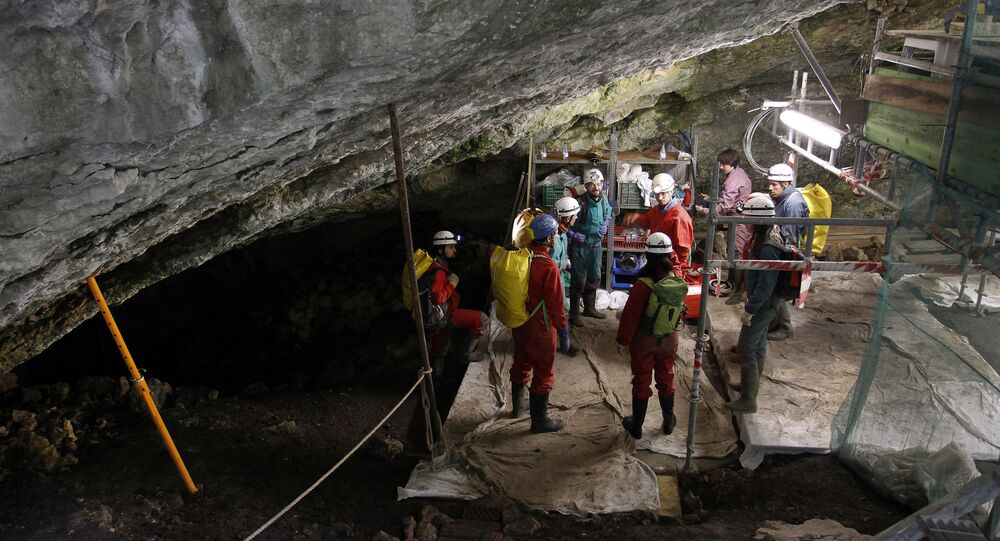 If you feel an especially powerful urge to just fall asleep in the winter and wake up when the spring comes, like some animals, now you can suggest that this urge might be scientifically explained.

A new study published in the L’Anthropologie journal and based on excavations in a cave called Sima de los Huesos in northern Spain's Atapuerca suggests that our ancestors might have made use of a good nap to survive harsh winters.

Theories of human hibernation stem from 400,000-year-old fossils discovered in Spanish caves, with scientists noting that the remains of ancient primates buried there showed trails of diseases that might have been caused by "poorly tolerated hibernation in dark cavernous hibernacula".

"The hypothesis of hibernation is consistent with genetic evidence and the fact that the SH hominins lived during an extreme glaciation", Antonis Bartsiokas and Juan-Luis Arsuaga, the authors of the study, said in the abstract.

According to researchers, among the diseases that early primates in Sima de los Huesos suffered, are trabecular tunneling and osteitis fibrosa, ‘rotten fence post’ signs, brown tumours, subperiosteal new bone, rachitic osteoplaques and empty gaps between them, beading of ribs and many others.

According to the research, with the beginning of harsh winters the early hominins found themselves “in metabolic states that helped them to survive for long periods of time in frigid conditions with limited supplies of food and enough stores of body fat”.

Without dismissing a healthy skepticism regarding their findings, Bartsiokas and Arsuaga admit that the study might sound like "science fiction", but outline that hibernation is something that many mammals do.

“It is a very interesting argument and it will certainly stimulate debate,” said forensic anthropologist Patrick Randolph-Quinney of Northumbria University in Newcastle, cited by The Guardian. “However, there are other explanations for the variations seen in the bones found in Sima and these have to be addressed fully before we can come to any realistic conclusions. That has not been done yet, I believe.”

Among the animals that hibernate in the winter are bumblebees, hedgehogs, ground squirrels, turtles, fat-tailed lemurs, bats and many others.