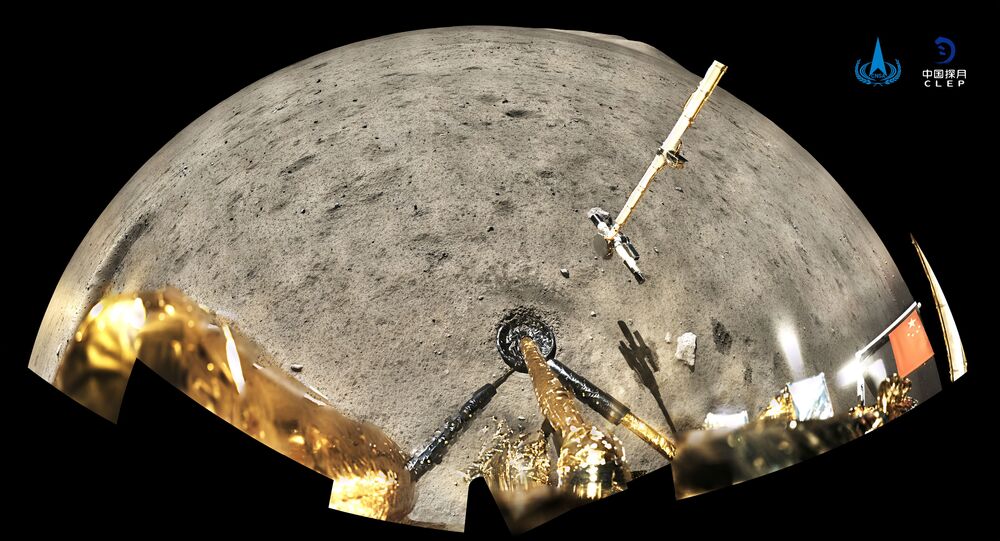 According to a report, China's national space agency said it would invite other agencies and foreign partners to work jointly on the project if possible, with the next lunar mission likely to take place in the next five years.

The China National Space Administration (CNSA) announced it will analyse whether it can build a permanent base on the moon, media reports revealed on Thursday.

China's space agency will explore the potential lunar base in a future Chang'e-8 mission, a Global times report found, adding the new expedition would also test emerging 3D printing capabilities to construct the base.

© REUTERS / CNSA
China's Chang'e 5 Successfully Returns to Earth Carrying Lunar Samples
Beijing hopes to place Chinese astronauts on the Moon by 2030 to build a permanent research base near the satellite's south pole, the South China Morning Post reported on Thursday, adding it was set to launch a space station next year.

The news comes after China announced it would invite international scientists to join lunar research projects to boost scientific results, Wu Yanhua, vice administrator to the CNSA, said at a press conference in Beijing.

The recent Chang'e 5 mission was carried out with partners from the European Space Agency, Namibia, Pakistan and Argentina, among others, Wu said in the statement as quoted by China Daily.

The unmanned Chang'e 5 successfully returned from its trip after gathering dust samples for study after its launch on 23 November and 23-day journey.

The mission was the first to collect lunar samples in 44 years, with China becoming the third such country to have reached the milestone, according to state media.

Chinese president Xi Jinping congratulated the team on Thursday, stating the complicated space programme marked "a great step forward in China's space industry" and would contribute to "deepening the understanding of the origin of the moon and the evolution history of the solar system".

"Your remarkable feats will always be remembered by our country and people," the Chinese president added.