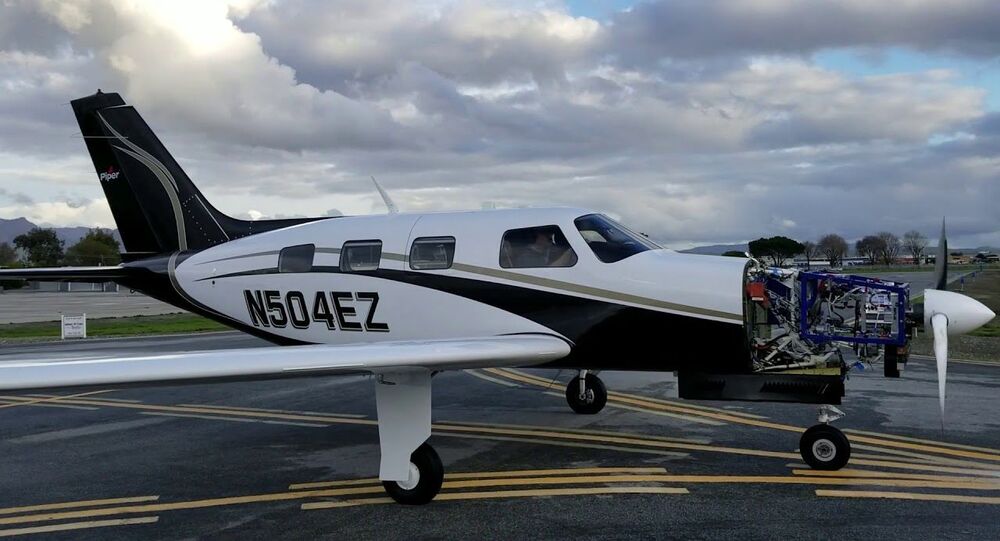 Both Bill Gates and Jeff Bezos are well known for investing in environmental initiatives and the development of sustainable technologies. Among the top priorities for the investors are global greenhouse gas emissions, which have increased by an average of 1.4 percent annually since 2010.

American start-up ZeroAvia has announced it has raised $21.4 million in series A funding from investors. Among the investors are Microsoft’s Breakthrough Energy Ventures and Amazon’s Climate Pledge Fund.

The company, which is developing a hydrogen fuel cell powertrain, was founded in 2017 by Russian-born cleantech entrepreneur Val Miftakhov, who previously was the CEO of electric vehicle infrastructure company eMotorWerks.

© AP Photo / Elaine Thompson
In this Feb. 1, 2019 photo, Bill Gates looks to his wife Melinda as they are interviewed in Kirkland, Wash. The couple, whose foundation has the largest endowment in the world, are pushing back against a new wave of criticism about whether billionaire philanthropy is a force for good. They said they’re not fazed by recent blowback against wealthy giving, including viral moments at the World Economic Forum and the shifting political conversation about taxes and socialism.

ZeroAvia pledges to enable zero-emission air travel at scale with 500-mile short-haul trips, according to their official website. Earlier this week, the company, which is considered to be one of the leading innovators in decarbonising commercial aviation, raised $16.3 million in government funding provided by the United Kingdom.

“This project is instrumental for delivering a market-ready hydrogen-powered solution for 2023 that makes passenger-ready zero carbon aviation a reality”, Miftakhov said in a press release on Wednesday.

As for the $21.4 million investment, the greatest share of it will cover the cost of the development of the company’s start-up for converting hydrogen into electricity to power an airplane engine. The company is planning to commercialise its technology by 2023, enabling the first hydrogen-powered 20-seat airplanes to fly up to 500 miles.