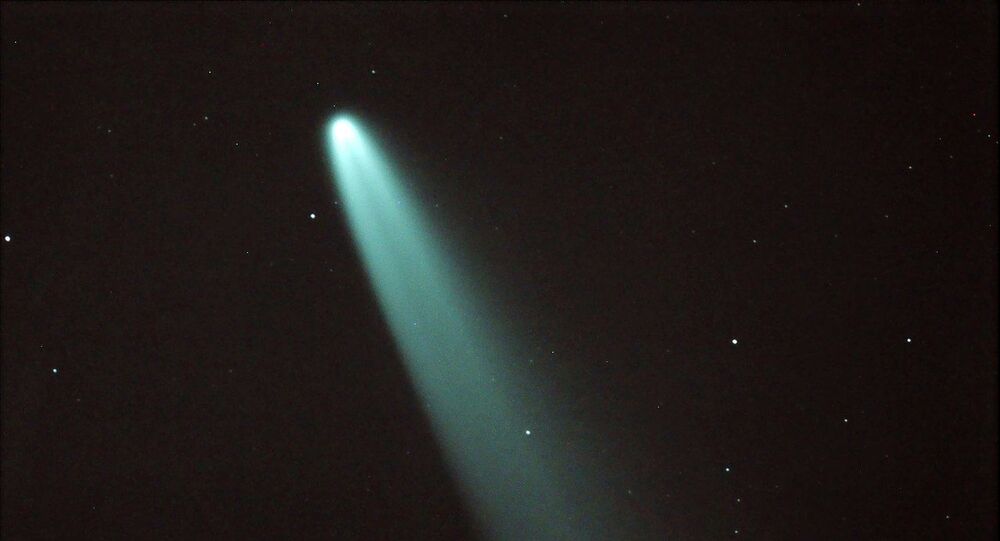 The comet-hunting mission is expected to blast off into space in 2028, though exactly which comet scientists are going to target remains unclear.

UK-based company Thales Alenia Space is expected to make a key component for an upcoming mission to investigate comets, the Daily Mail reports.

According to the newspaper, the company has been tasked with creating a "mothership," which will transport two robotic probes manufactured by Japan’s Space Agency.

The idea of tracking comets was reportedly first proposed by UCL and the University of Edinburgh, with the European Space Agency (ESA) and the UK Space Agency now actively pursuing this goal, leading to the new contract with Thales Alenia Space.

"I am delighted the ESA has once again placed its trust in our scientists and engineers at Thales Alenia Space in the UK who have excellent heritage from previous scientific missions such as Giotto and Rosetta," said CEO Andrew Stanniland. "We all look forward to supporting this exciting and unprecedented scientific mission to uncover more information about the origins of our Universe."

The mothership and its robotic payload will be launched into space where it will "sit dormant" until scientists back on Earth find a suitable comet before activating the craft. The ship will then attempt to intercept the chosen cosmic snowball and release the drones, which will "set about detailing the comet.”

The Daily Mail reports that the mission is expected to launch in 2028, adding that there's “no clear target comet” in sight just yet.