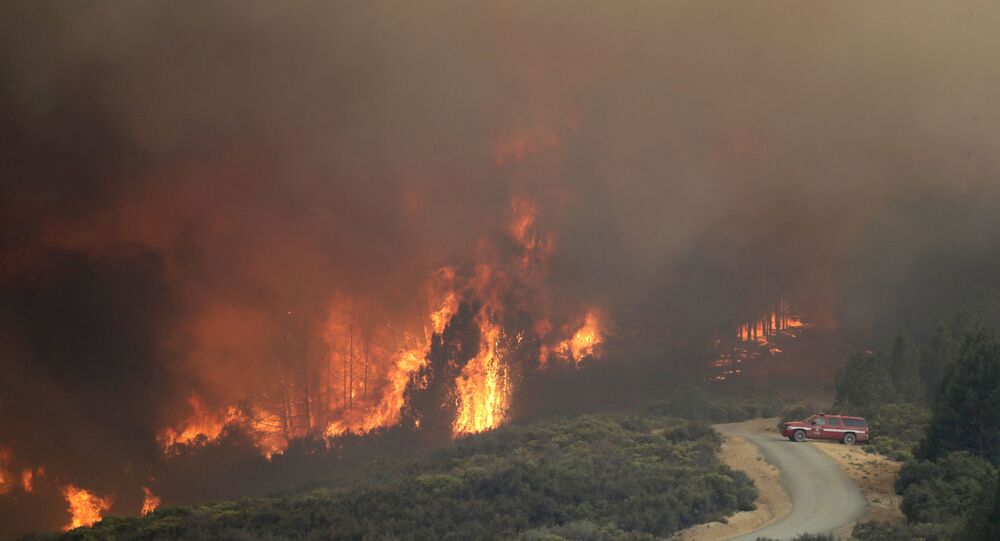 Scientists at Tomsk Polytechnic University (TPU) have identified the ignition conditions of birch leaves. According to the researchers, the obtained data will be useful in forecasting and predicting the spread of forest fires.

Birch is the most common deciduous hardwood plant in Russia. Researchers at TPU conducted an experiment to ignite birch leaves in a tube furnace chamber at temperatures of up to 1,000 °C. This temperature corresponds to the effects of flames in high intensity, high-velocity grass fires (spread of fire through the lower tiers of forest vegetation – ed. note) and crown fires (spread of fire through the crowns of trees – ed. note).

Forest fires are caused by natural and anthropogenic factors that significantly alter the functioning and condition of forests. Researchers believe that preventing the occurrence of forest fires is the most effective way of combating them.

© Sputnik / Stringer
A firefighter extinguishes a fire on the territory of forestry located in the exclusion zone of the now-defunct Chernobyl nuclear power plant, in Ukraine

According to the researchers, all forest fire classification systems that help to predict the occurrence of forest fires are currently only descriptive and have nothing to do with the physics of the ignition process.

As part of an experimental study, the burning process of birch leaves was filmed on a high-speed video camera connected to a computer, enabling scientists to determine the ignition mechanism and ignition delay time.

“We have developed mathematical formulas that link the ignition delay time of a birch leaf with its thermophysical and thermokinetic characteristics, namely, the dependence of the ignition conditions and properties of a leaf. Furthermore, we have proposed a description of a computerised procedure that can be used to group different types of forest combustible materials on the basis of their properties and ignition characteristics”, Associate Professor at the Butakov Research Center of TPU's School of  Energy and Power Engineering Nikolay Baranovskiy said.

According to him, different mathematical models of the ignition of forest combustible materials by high-temperature sources need to be applied to physically justify the wildfire hazard prediction. In particular, models with heated particles, concentrated solar radiation, cloud-to-ground lightning discharge, and high-temperature environments.

Moreover, the developed mathematical models can be applied in other countries with local forest combustible materials. In the future, it allows the possibility of creating a unified forest fire danger forecasting system.

Scientists plan to study other hardwoods, conifers, and herbaceous vegetation to obtain data on forest combustible material groups based on their physical characteristics. Mathematical models will also be developed and used to group forest combustible materials together with data mining techniques to calculate the probability of occurrence and spread of forest fires in a particular forest area.

The study was supported by the Russian Foundation for Basic Research (RFBR) under the research project No 17-29-05093.

The study's results were published in the Journal of Engineering Physics and Thermophysics.