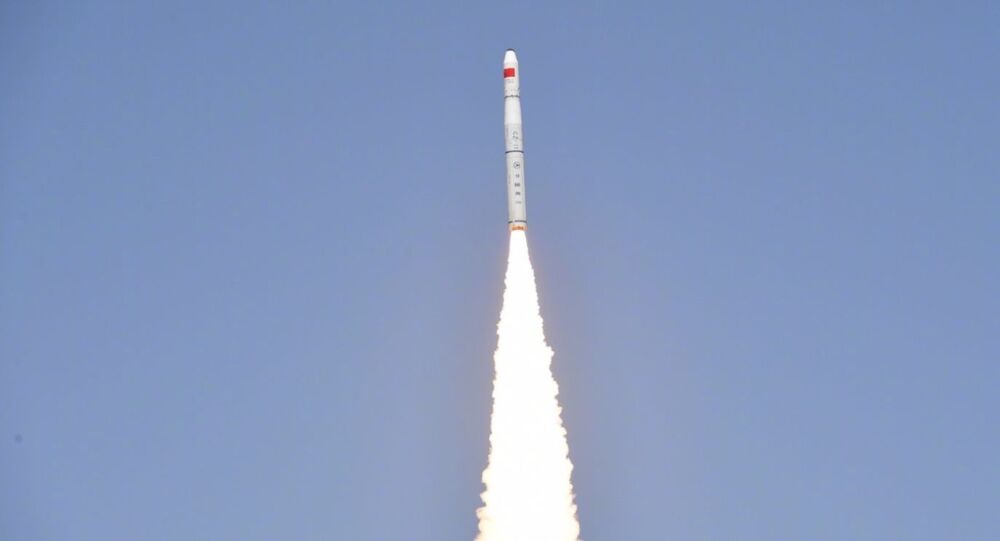 As part of the 355th mission of its national Long March rocket series, Beijing plans to shed light on a number of high-energy astrophysical processes not yet fully comprehended by contemporary science, like fast radio and magnetar bursts.

China has sent two satellites tasked with detecting gravitational waves into planned orbit from the Xichang Satellite Launch Centre in Sichuan Province, as part of the so-called Gravitational Wave High-energy Electromagnetic Counterpart All-sky Monitor, or GECAM for short, as per Xinhua.

The satellites were propelled by a Long March-11 carrier rocket at 4:14 a.m. local time on Thursday.

For starters, the satellites, whose launch constituted the 355th mission of the Long March rocket series, are expected to come in handy for monitoring such outstanding celestial phenomena as gravitational wave gamma-ray bursts, high-energy radiation of fast radio bursts - millisecond-duration bursts of radio pulses - and magnetar bursts.

Neutron stars, black holes, and other compact objects coupled with their merger processes are also focal points in the studies that could be rendered possible by the newly launched satellites.

Beijing, which is now set to kickstart construction of its orbital space station as early as next year, has of late ramped up not only space research, but also in-space testing of next-gen mobile networks.

6G Around the Corner?

Just last month, China sent "the world's first 6G test satellite" into orbit, carried by a Long March 6 carrier rocket, local reports had it, citing a message from the University of Electronic Science and Technology.

The university's message reportedly revealed that the satellite has other functions, like remote observations and keeping tabs on natural disasters, while still carrying out tests of top-notch 6G networks believed to surpass the fifth-gen networks ten-fold in terms of speed.

The experimental satellite comes as a joint venture between the country's key educational establishment and firm National Star Aerospace.