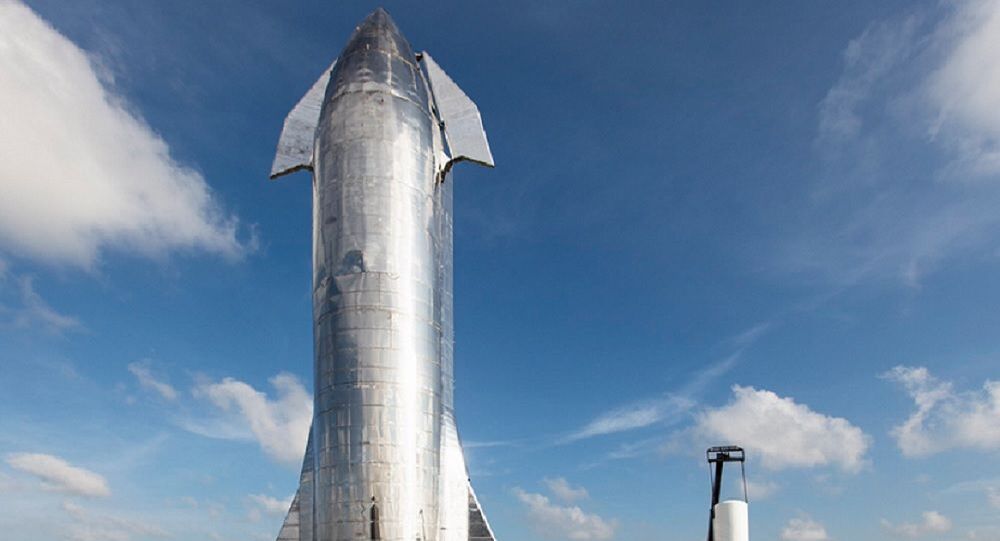 SpaceX's prototype SN8 rocket crashed and exploded on Wednesday evening during a test flight in Texas. The rocket is intended to ferry humans to the moon and Mars one day.

A Wednesday test flight of the new SN8 rocket ended disastrously when a momentary engine malfunction caused the rocket to plummet into the ground and explode.

​“This suborbital flight is designed to test a number of objectives, from how the vehicle’s three Raptor engines perform to the overall aerodynamic entry capabilities of the vehicle (including its body flaps) to how the vehicle manages propellant transition. SN8 will also attempt to perform a landing flip maneuver, which would be a first for a vehicle of this size,” SpaceX said in statement on its website prior to the test.

The new rocket is intended to be fully reusable as opposed to partially reusable, as the company's Falcon 9 and Falcon Heavy rockets are, and to carry both cargo and passengers into space.

Earlier this year, SN5 and SN6 prototypes of the Starship rocket carried out short 500-foot test flights, but Wednesday's test was intended to reach 41,000 feet in altitude.

However, it was also intended to rotate and land upright, in the same position it as it took off. While it rotated, the rocket engine seemed to momentarily be interrupted, causing the rocket to come down much less gently than intended, and it slammed into the ground, exploding in a huge fireball.

For what it's worth, SpaceX founder Elon Musk didn't put much faith in the test, either.

​"Lot of things need to go right, so maybe 1/3 chance" of success, Musk tweeted last month in response to a question about the test. "But that’s why we have SN 9 & SN10" rockets, he added.

Fuel header tank pressure was low during landing burn, causing touchdown velocity to be high & RUD, but we got all the data we needed! Congrats SpaceX team hell yeah!!

​"Successful ascent, switchover to header tanks & precise flap control to landing point!" he tweeted shortly after the explosion. "Fuel header tank pressure was low during landing burn, causing touchdown velocity to be high & RUD, but we got all the data we needed! Congrats SpaceX team hell yeah!!"

After SpaceX successfully launched astronauts into space for the first time in June, Musk pivoted the company toward developing the Starship vehicle, making it SpaceX's top priority. The rocket is intended to carry humans not only into space, but to the moon and Mars.