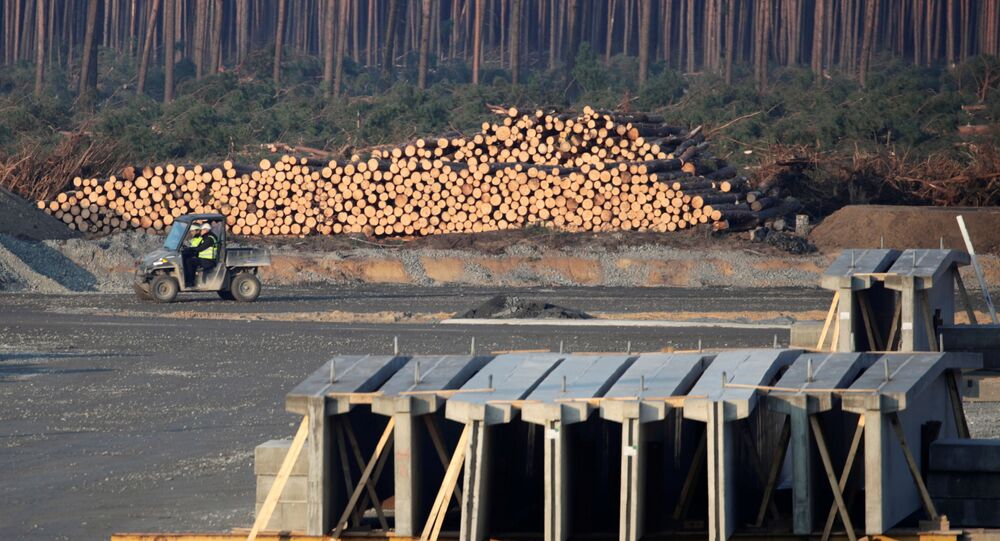 It is now the second time the construction of the first European factory has been put on hold, after in mid-October, the water supply was cut off by utility company Strausberg-Erkner over unpaid bills.

The Frankfurt an der Oder administrative court has issued a ruling suspending clearing out the forest for the construction of Tesla Gigafactory, German Tagesspiegel newspaper first reported on Tuesday.

The cutting will not be allowed until the electric carmaker ensures the ongoing activities do not harm the hibernating snakes and lizards in the area. The ruling followed a lawsuit filed by the German environmental groups against the further clearing of 82.9 hectares of pine forest by Tesla. The legal complaint was approved by the State Environment Agency and is now pending the decision of the court.

In February, however, the Higher Administrative Court of Berlin-Brandenburg said that Tesla could continue to clear the forest after the same court temporarily stopped the construction following an appeal by the Brandenburg Green League.

Musk announced last November that Tesla had chosen the area near Berlin as the location for the Gigafactory, the billionaire's first car and battery factory in Europe. The choice was positively met by the German authorities, as the plant would create up to 10,000 jobs, also attracting employees from other countries.

The factory will produce batteries, powertrains, and vehicles, starting with the Model Y at the new facility. Tesla wanted to launch production of electric vehicles in Germany by July 2021, but given the current conditions, it could be pushed into 2022, or even later.