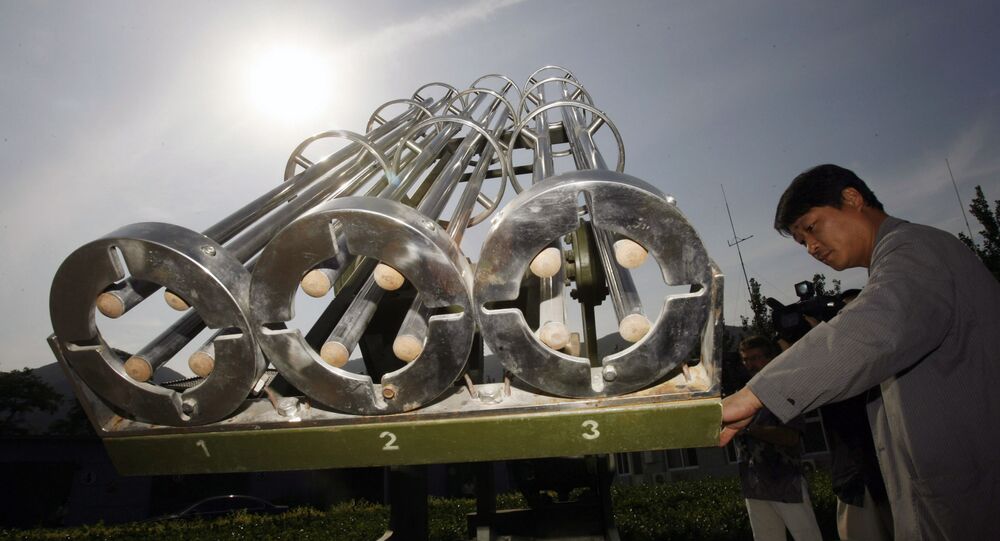 Beijing has announced plans to expand its weather modification capabilities dramatically to allow the country to control precipitation across an area equivalent to 5.5 million square kilometres using “breakthroughs in fundamental research and R&D in key technologies.” But should other nations see this development as a threat?

China’s State Council, the highest organ of state administration in the People’s Republic, issued an intriguing statement on its official English-language website last week, indicating that a policy circular has been advanced calling for the creation of a massive weather control system covering an area nearly one-and-a-half times the size of India by 2025.

“The total area of artificial rainfall (snowfall) operation will reach beyond 5.5 million square kilometres, and for hail suppression it should go beyond 580,000 square kilometres,” the release, which summarized the circular’s goals, indicated.

“By 2035, China’s weather modification should arrive at a worldwide advanced level in terms of operation, technologies, and services,” the statement added, without clarifying whether this meant China was planning a global weather control capabilities, or to bring its competency to the level of other nations in this area.

In any event, the State Council envisages that its weather modification tools will assist in the prevention of droughts and hail storms, support zoning work in centres of agricultural production, assist in emergency response to deal with things such as forest fires, and normalise “working plans for regions in need of ecological protection and restoration".

The concept of using technology to affect weather is not new, and has been around for well over a century. In practice, the implementation of weather-altering technology began to be advanced in the late Forties and early Fifties, with American and Soviet scientists leading the way with the know-how of cloud seeding (ie spraying small particles such as silver iodide onto clouds to enhance precipitation), using aircraft or specially purposed artillery shells.

China began experimenting in this field in the Sixties, but started to invest heavily in weather-altering technology in the Nineties, eventually growing to employ some 37,000 people, thousands of artillery guns, rocket launchers and aircraft to alter the weather in desert, drought-prone, and agriculture-rich territories.

The People’s Republic’s efforts received international recognition during the 2008 Summer Olympics in Beijing, with weather control used to ensure clear, rain-free skies for the two-week period during which the games were held.

© AP Photo / Ng Han Guan
An artillery operator stands next to an artillery used to seed clouds to induce rain at a station of the Beijing Meteorological Bureau in Beijing, China, in this Thursday, July 19, 2007 file photo.

Although initially concentrated in the Beijing area, the technology has since been spread to other areas as well. In early 2019, Xinhua reported that its regional weather modification system in Xinjiang province had reduced hail damage to farming in the territory by a whopping 70 percent, and increased precipitation by between 900 million and 1.2 billion cubic metres in drought-prone areas.

The State Council’s announcement has prompted some media to accuse China of trying to “weaponise the weather,” or deliberately or inadvertently creating weather problems for neighbours in exchange for improvements in China itself.

Dr Cheng Ying, a researcher at the Institute of Ecology of Civilization at the Chinese Academy of Social Sciences, says China’s efforts are aimed strictly at peaceful pursuits such as increasing crop yields and being able to respond more quickly to natural disasters, and insists that they do not pose any danger to the natural environment, or China’s neighbours. Furthermore, the scale and peculiarities of the technologies currently used to engage in modification of weather do not allow Beijing to use rain or snowfall as a weapon, Cheng believes.

“Artificial weather change takes place very quickly and very locally, it is a pinpoint operation. It does not affect the global climate. Still, there are people in the world who think China has the technology to artificially control rain which can affect the weather, and that China will definitely use it to affect the global climate. This is nonsense and even a provocation against China,” Cheng told Sputnik in an interview.

The researcher dismissed fears about China’s weather control programme affecting neighbouring states in any meaningful way. “The artificial bringing forth of rain is a very local operation. It cannot involve any other countries. The opposite is possible only if something like this is done along the border itself. But even then, such operations are so local that they cannot offend China’s neighbours in any way,” he explained.

Other, Potentially Dangerous Research on the Horizon

Cheng pointed out that the tried-and-true methods of affecting precipitation were not the only way scientists around the world are looking at as a means of controlling weather, with solar radiation management (SRM) being a far more radical, and controversial technique.

© AP Photo / Ted S. Warren
Bill Gates ‘Not Very Surprised’ by Spinal Cord Damage Caused by AstraZeneca’s Coronavirus Vaccine
In 2019, a Bill Gates-sponsored proposal envisaged flying thousands of aircraft into the stratosphere to spray millions of tonnes of dust particles into the air around the planet to create an immense chemical cloud which would, in theory, cool the Earth’s surface, thereby easing the problem of global warming. Experimentation in this direction has reportedly been halted, however, amid fears that it could trigger a series of unintended chain reactions and unleash droughts and hurricanes on the planet, killing millions.

Cheng emphasised that the geoengineering technology, also known as ‘solar control’ proposed by Gates and others is far removed from the proven safe tech of using silver iodide to impact rain levels. “Chinese solar control research is in a very preliminary stage of computer simulations. At present, no country in the world is allowed to carry out such large-scale experiments. This technology is very controversial,” the scientist said.