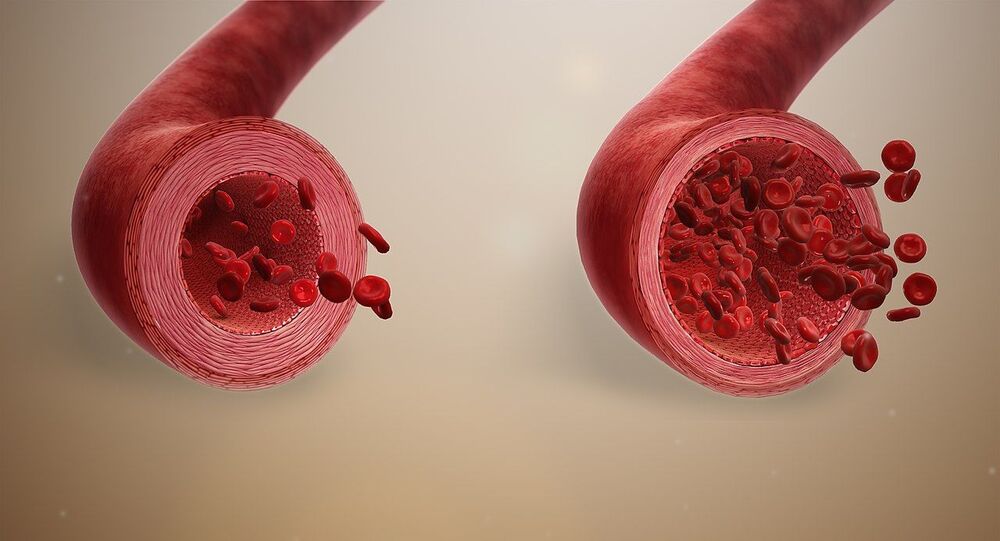 Scientists at the Siberian Federal University (SibFU) and the Siberian State University of Science and Technology (SibSU) have developed a new technology for the production of biologically compatible and biodegradable polymer tubes.

According to the scientists, the new tubes can be used to construct vascular and urological stents due to the tubes' high level of compatibility with human physiology, as well as due to their durability and lack of toxicity. The researchers published the results of their study in the Materials Letters medical journal.

Stents are used as one of the methods of treating patients suffering from atherosclerosis, congestive heart failure, and upper urinary tract pathologies. A stent, a frame made out of expandable wire or perforated tube, is surgically installed in the lumen of an anatomic vessel or duct in order to extend the passageway to the necessary width and keep it open.

Modern stents are normally made out of metals or polymers, the researchers say. Metal stents possess thermal-stability and are capable of self-expanding, but they can also be toxic. Polymer stents are safer and significantly cheaper, but they are less durable and are more difficult to install.

The researchers at the SibFU and SibSU have developed a method to produce polymer stents that are both safe for humans and are more durable than other stents.

"We utilise biologically compatible polyethers, polyhydroxyalkanoates of microbial origin and synthetic poly-L-lactic acid, in the production. The tubes are manufactured by pouring the polymer solution into forms with the subsequent evaporation of the solvent.  These tubes can vary in length and can have a diameter between 2 and 6 millimetres", a biotechnologist at the SibFU, Anna Sukhanova, said.

The research showed that the polymer solution, filled into a vertical silicon tube-form, can create a ready-for-use biopolymer tube on the form's walls as a result of evaporating the solvent from the solution, the chief scientist at the Intellectual Structures and Materials Laboratory at the SibSU, Anatoly Boyandin, said.

"One of the main challenges was to determine the conditions which prevented the creation of increasingly thicker walls of the resulting biopolymer tube in the process of evaporating the solvent. We needed to produce the tubes which were homogeneous along the entire length", Boyandin stressed.

© Sputnik / Kirill Braga
Russian Scientists Have Learned How to Combat Harmful Fungi, While Sparing Beneficial Ones
The authors of the research highlight that the tubes are biodegradable. This could be useful, since often the walls of the lumen gradually restore themselves overtime after the installation of a stent. The latter can then degrade by itself, thus not requiring surgery to remove it and hence allows to avoid disturbing the nearby tissue.

Over time, the new type of polymer tubes might even help those who suffer from vascular and urological complications caused by the coronavirus infection, the scientists noted.

The newly developed biopolymer tubes have already undergone initial trials on animal subjects at the Krasnoyarsk State Medical University, where their usability as urological stents was proved.