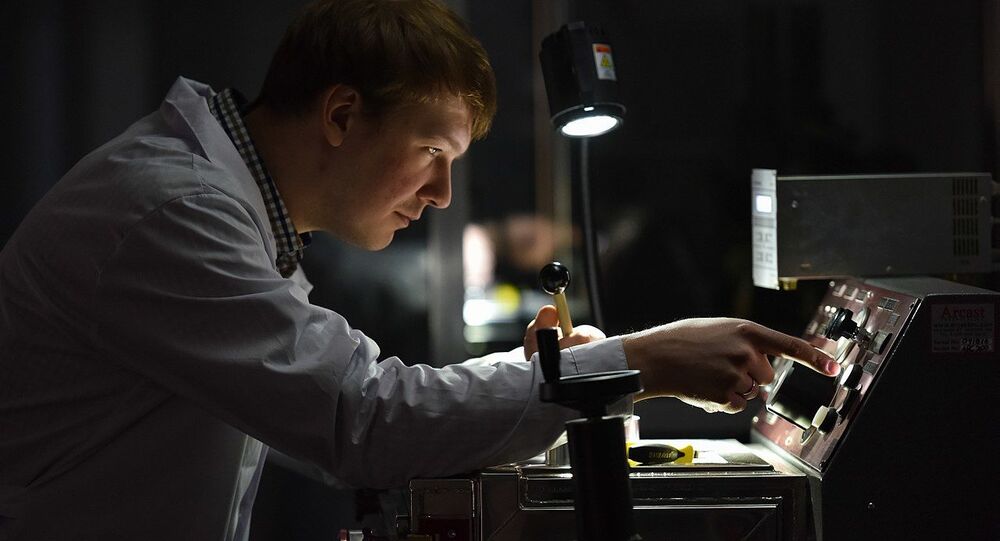 According to the researchers, their method allows them to determine the places where deformation is concentrated at the micron scale and hence to find out in advance the locations of fractures and to offer solutions for prevengint material deformation. The study results were published in the scientific journal Polymers (Basel).

It is necessary to understand how deformation propagates in the oil shales, aviation composites, heat-resistant alloys for engines and other materials with a structural hierarchy.

Until recently, there was no simple and universal method for the deformation analysis of such materials at the micron scale that would allow for the study and improvement of their internal structure, Professor Alexander Korsunsky, a research leader of the Skoltech team, noted.

“Where does the deformation originate? Everybody knows: 'It tears where it is thin'... So how do we know where to put some grass? Where do these problem places develop within an externally homogeneous material? How can you find out in advance how fractures develop? To do so, you have to learn to see how stresses are distributed in the material as it undergoes deformation,” Alexander Korsunsky said.

The method of mechanical testing proposed by university specialists implies an observation of the stepwise deformation of the material inside the electron microscope chamber and synchronous imaging with a resolution at the level of a fraction of a micron.

In the study, scientists placed samples of porous ultra-high molecular weight polyethylene (UHMWPE) developed at NUST MISIS in the vacuum chamber of the Scanning Electron Microscope together with a miniature machine for mechanical testing.

The hundreds of photos obtained with the help of special software were then processed via digital image correlation.

As a result, detailed maps of microstrain distributions describing changes in stress concentrations in different areas of the material were obtained by scientists from Skoltech and NUST MISIS. Scientists have found that the deformation under the compression of materials is not uniform, but occurs through the formation of strips that gradually lengthen and absorb the entire volume of the material.

“Using polyethylene tests, we have learned how to construct “live maps” of deformations inside a complex porous material as it is exposed to stress. The analysis of these microstrains allowed us to reveal the strain localisation zones, where the deformations are concentrated during the test of the sample, and hence during the work of the product. Previously, such narrow zones were only theoretical,” Alexey Salimon, Associate Professor at the Department of Physical Chemistry, NUST MISIS, said.

According to the scientists, the proposed method is simple, versatile and can be quickly distributed to laboratories equipped with devices that provide digital images with sufficient resolution.

© Sputnik / Varvara Gert'e
Russian Scientists Create New Technology to Make 'Smart' Fertilisers
The studied Porous ultra-high molecular weight polyethylene (UHMWPE) is widely used in medicine, for example, to replace bone and cartilage fragments, as well as in cell technologies as cell substrates. The scientists believe that the obtained data will improve the technology of its application.

In the future, the team of specialists from Skoltech and NUST MISIS plans to work on the development of micro-mechanical research methods and creation of a Russian line of testing equipment and software to study complex materials with structural hierarchy.