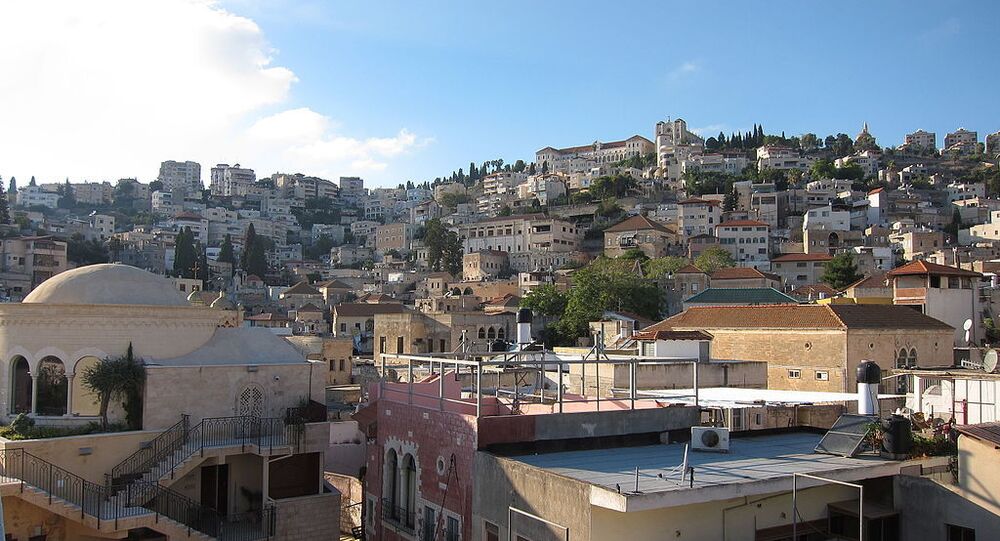 The hypothesis was laid down in the book "The Sisters of Nazareth Convent: A Roman-period, Byzantine, and Crusader site in central Nazareth", set to be released on 26 November, and will talk about the most exciting discoveries made during the 80 years of archaeological work in the Israeli city.

An ancient house excavated in Nazareth is the place where Jesus Christ spent his childhood, claims Ken Dark, a professor of archaeology and history at Reading University. According to the researcher, in the 1930s scientists and scholars discarded the idea of identifying the ruins found at the Sisters of Nazareth Convent. However, Professor Dark claims his fieldwork and research at the site confirmed that the house, which dates back to the 1st century, belongs to Joseph, husband of Mary and Jesus Christ's earthly father.

The house was partly cut into a limestone hillside and incorporates parts of a natural cave. Only a staircase made of rock managed to survive over time. Professor Dark says the house probably had several rooms, a courtyard, and a roof-terrace.

In his book, the researcher notes that his study of the remains revealed that the house was built by an excellent craftsman, a tekton – the description of Joseph's profession in the Greek gospels, which means that he was not only a carpenter, but a stonemason or a builder. Pieces of pottery were also found at the ancient house.

Professor Dark says that there is no evidence to prove his hypothesis, but notes that it would be very difficult to confirm the authenticity of any archaeological findings related to that period, given the lack of evidence, such as inscriptions on the homes of 1st-century Galilean craftsmen.

The archaeologist's research revealed that a cave church was constructed near Jesus' purported home. In the 5th century AD, a stone church was built on top of the house and the cave church. The church, the largest in Nazareth, was decorated with mosaics and marble, says Professor Dark. According to the scientist, it matches the description of a large 7th century Byzantine church, reportedly built on the site of Jesus Christ's home.