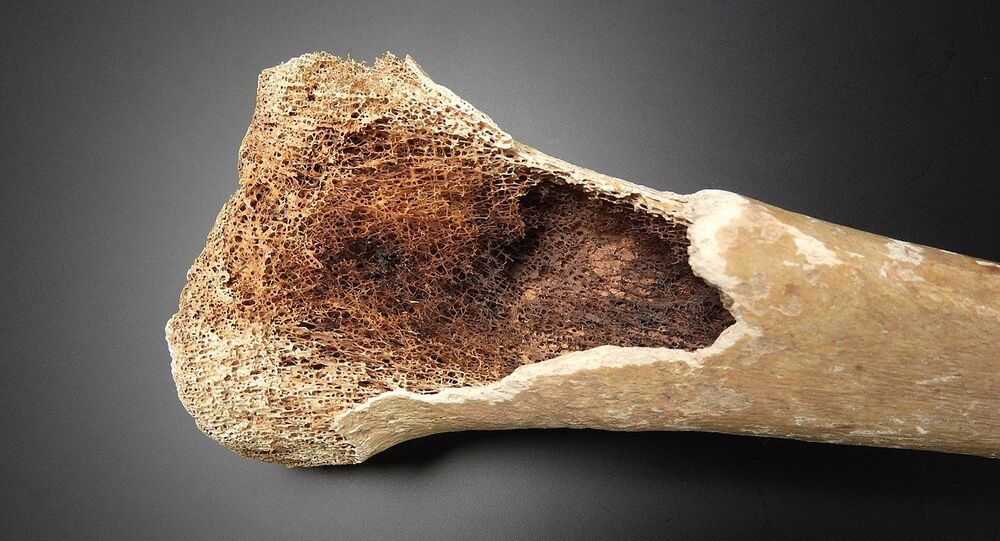 The state-of-the-art material, developed in cooperation with Belgium's Ghent University, is expected to be widely used in modern-day rehabilitation medicine.

A new type of material for the effective regeneration of bones, as well as skin and nerve tissue has been developed by scientists from Russia's Tomsk Polytechnic University (TPU).

The results of the research, conducted in collaboration with researchers from Ghent University in Belgium, were published in the journal Applied Materials Today.

The so-called piezoelectric effect is the ability of some materials to convert the energy of mechanical deformation into an electrical charge on a surface. There are lots of electrosensitive cells and piezoelectric tissues, including for bones, in the human body.

TPU scientists explained that materials with piezoelectric properties that are similar to human tissues are increasingly being used in present-day rehabilitation medicine.

However, they added, piezopolymers with the required properties are poorly wetted by water and the biological matrix, which prevents the adhesion of cells to their surface for effective tissue regeneration.

While common ways of improving wettability lead to a significant deterioration of the piezoelectric effect, the method of polymer surface modification developed by TPU scientists adds to resolving this problem.

"A [scaffold] implant with piezoelectric properties can speed up the repair of bone defects such as fractures or cracks. The method we have developed for changing the surface of implants – the use of a thin layer of special organic molecules - not only improves the wettability and response of cells, but also does not change the piezoelectric properties of the base material", he added.

© Photo : MIET
Russian Scientists Figure Out How to Painlessly Measure Blood Sugar
Surmenev was echoed by Pavel Postnikov, who said that the TPU scientists' method stipulates controlling the duration of treatment, as well as the content of diazonium salts and the power of an ultraviolet source used to fix these organic compounds on the polymer.

By doing so, "it is possible to vary the number of functional groups grafted to the surface of the implant, thereby adjusting its parameters for a specific clinical task", Postnikov concluded.